Update: These have both been completed. Thanks!

We have a couple of feature requests in smallvec that could be implemented as one-line functions (plus some simple tests):

I'm looking for some help in reviewing/improving documentation for four small, related crates, as well as writing tests exercising the API.

I try to write great documentation, but I need others' eyes to make sure it's go…od. Check out the [master documentation](https://cad97.github.io/pointer-utils/erasable/) and put any feedback in this thread. (Actionable issues may of course still get their own issues.)

As of current, there are basically no real tests of the functionality defined in… these crates. This needs to change. Because we do unsafe pointer mangling, it would be great to get good test coverage and run tests under miri as a sanitizer to make sure we aren't causing any problems.

I posted the review request separately as well.

We got a nice issue for simd-json.rs today and I wanted to share it. It is not super hard but has challenging parts (a mini parser) and can be fun to do since results will be directly usable and tackles a few different angles (perf, usability, api design). If someone finds this interesting but isn't sure they are up to it I'll gladly spend some time mentoring.

Do simdjson have flattened JSON access? (similar to https://github.com/pikkr/pik…kr) Will, there be any performance improvement if I use flattend json access? ---- ## Added by @Licenser as an issue description The [`Tape` struct](https://github.com/simd-lite/simdjson-rs/blob/6292255c501a727efe8847f436811e50ee8f3ffe/src/value/tape.rs#L7) should be querieable via a simplified version of [JSONpath](https://goessner.net/articles/JsonPath/) (section 3.2 in the paper linked below). To achieve this we need at minumum: * [ ] a parser that takes a query string and turns it into a digestible format * [ ] a function that takes said format and applies it to a `Tape` * [ ] support for `.<field>` to query a object field * [ ] support for `[<index>]` to query array indexes * [ ] support for nesting those two * [ ] sufficient tests to cover the code (sufficient here is defined as 'does not drop crate coverage' or better) Additional JSONpath operators are welcome but optional.

I have an issue that somebody can work on:

We have some issues in bandwhich that could use some work, some of them bite sized and good for beginners:

In the UI, calculate bandwidth for the past N seconds rather than just 1

Right now, the UI works by looping every second, displaying the bandwidth utiliz…ation and then clearing it. This gives us an accurate and no-fuss bandwidth-per-second display, but also provides for a less-than-ideal user experience, since utilization information can flicker in and out if it is short lived. A possible solution would be to log the bandwidth utilization for the past N seconds* and then average it out in each display loop iteration. Note that raw_mode should still work the same (displaying just what happened in the past 1 second). *I wouldn't want N to be configurable, but I'm not sure what it should be - my gut says 10 but I think it should be tested to see what looks best

Right now this function: https://github.com/imsnif/bandwhich/blob/6190391601d6f7…de004b3ec85685e94e816750da/src/os/shared.rs#L34 Uses std::io::Error, probably not as it was intended, in order to differentiate between a permission error, a general network error and an unknown interface type (one that `libpnet` does not support). It would be nice if we had our own error type for this, that would allow us to have the same functionality we have now (alerting the user that they need more permissions, recommending they run with sudo, or indicating that it could not find any interfaces to listen on). This pattern might be a good option, though I'm not 100% sure it will fit in this case: https://rust-lang-nursery.github.io/failure/error-errorkind.html

When the user presses space, we will pause the application - leaving what's on t…he screen so that they can read it with ease. Pressing space again should resume bandwhich. While bandwhich is paused, it would be nice to have a visual indication for this: bonus points if it's noticeable but not annoying. :)

Help me port hyper and body-image-futio to async-std so we can run comparative benchmarks, as reported here for tokio:

Alternative title: "I block your reactor threads and `Sink` your battleship." http://gravitext.com/2020/01/13/blocking-permit.html This blog post is about a couple of benchmarks along with some new crate releases, but conclusions are inevitably drawn, about the nature of blocking operations in asynchronous runtimes. Its sort of a followup to Futures 0.3, async♯await experience snapshot To quote the new post: …the massive async♯await upgrade has been completed, including a reasonably pleasa…

Implementing a simple derive in SQLx with mentoring instructions from a proc-macro guru (me):

I don't want to define what anything but 1-arity tuple structs means at this tim…e. We are going to explore derives for custom types in the near future. From #5

Working on a Rust implementation of Celery with the goal of being fully compatible with the Python version so that tasks can be sent from Py -> Rust or vice versa.

Any issue marked "Status: Help Wanted" would be a good place to start for newcomers. 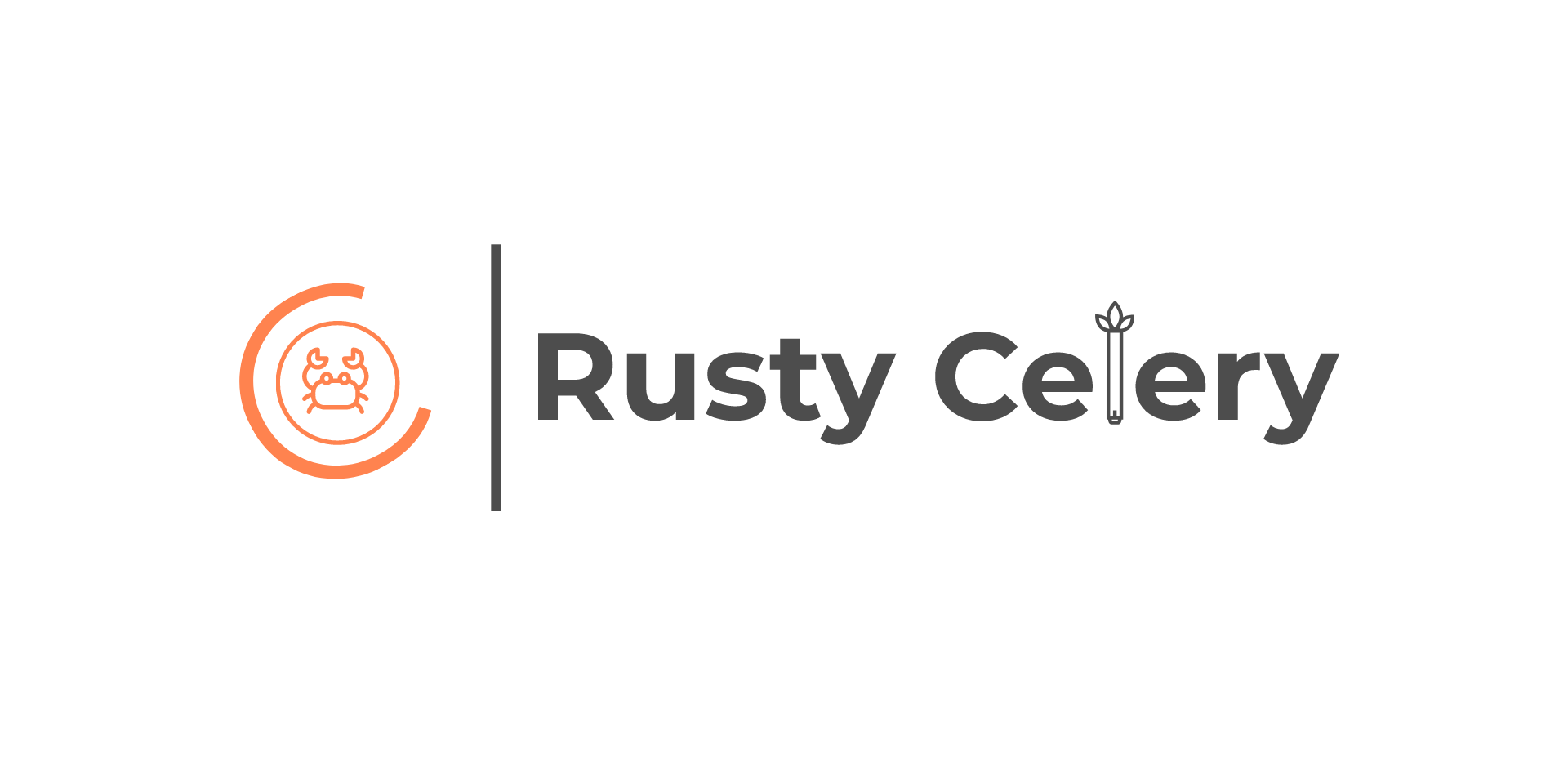 I don't have the necessary knowledge or experience to be able to do this, let alone appropriately. A PR will happily be accepted. I can do the documentation and tests.

Someone needs to merge the remove_dir_all code into the standard library. This is a crate that created as a quick workaround for crates from an implementation from #31944 that never got merged. It's been pretty stable over the past few years, and is used in cargo and rustup.

Since creating the crate, I no longer have a Windows machine. As a result I do not intend to maintain the crate. It would be great if someone could port the code into std so that everyone can have a reliable implementation on windows.

If I had a Windows machine, I may try that issue.

I'm making a WebAssembly demo for the arcs crate and was wondering if someone could give me a hand.

To be a CAD program our WebAssembly demo actually needs to draw things. There… should be a toolbar with buttons to enter specific "drawing modes". When you are in a mode the corresponding button stays pressed (letting the user know which mode they're in) and things like click events get passed to that mode. For now we'll want to implement a formal mode system, with modes for: - [ ] Drawing points - Clicking on the canvas adds a point where the user clicked - [ ] Drawing lines - Clicking on the canvas once will set the line's start point - Once the start point is selected, moving the mouse around will draw a line from the start point to the cursor which follows the cursor as it moves, providing the user with visual feedback on the line they're in the middle of drawing - Clicking again will select the line's end point and add it to the drawing - [ ] Drawing arcs - I'm not 100% sure how we want to implement this one The standard way to implement these modes is with some sort of state machine. I prefer trait objects over enums or strongly typed state machines because they scale more easily and are easier to work with. ```rust pub trait Mode { fn on_mouse_down(&mut self, args: MouseDownArgs, world: &mut World) -> Transition { Transition::DoNothing } fn on_mouse_move(&mut self, args: MouseMoveArgs, world: &mut World) -> Transition { Transition::DoNothing } } pub enum Transition { DoNothing, ChangeState(Box<dyn Mode>), } ``` (note: this is a big task and will probably require breaking into a dozen smaller issues along the way)

Diesel is looking for persons willing to do some code review on submitted PR's. You don't need to be familiar with Diesel's internals to help. We are happy to answer any question about any code fragment that comes up in a review, so that's a great way to improve your understanding rust's trait system and how to build complex systems on top of that.

I got some good info & code last time around, but I still need someone (or many people!) to do a code review of the gist linked in the comments here. Mostly centering around correctness (which I'm pretty confident on) and safety (syscalls).

The image crate reworked its error types in the latest release. The new types can provide much more information such as underlying error sources, ties to the format, etc. however the existing decoders and encoders do not currently fill in that information. We're looking for contributions to migrate these to the new representation in this tracking issue.

Hey, the Offst project has an open issue regarding adding rust android builds to the CI:

I included an outline of how to perform the build on my own machine, but some I think some creativity is still required when attempting to make it all work on a CI system. Any help is appreciated!

Implement conversion traits for usize/isize together with a portability lint

A good easy task and one of the blockers for clap 3.0