This forum is for help, discussion, and announcements related to the Rust programming language.

Please read our code of conduct before participating. We will remove any posts that are not respectful, constructive, and on-topic. Please use the "Flag" button if you have concerns about any post or comment.

This forum is not a good place to post job offers. If you want to hire Rust programmers, please submit your offer as a pull request on This Week in Rust instead.

It seems that login credentials for internals.rust-lang.org don’t work here. Can’t the two boards use the same credentials?

I also support this idea. Is this possible with Discourse?

Is this possible with Discourse?

It does appear that Discourse supports multisite:

We’re using hosted discourse so would have to ask @codinghorror or one of his team to set up multisite credentials.

Unfortunately there is no concept of shared identity across Discourse sites at this time. The best you can do is social login, which is pretty good in my book. (Or, if you want to get fancy, you could do a custom SSO solution that could do some of the share identity stuff, but it'd be real work.)

One thing we've thought about is building a "Gravatar on sterorids" so when you sign up for a new site, it pulls across your avatar, username, about me, and other basic preferences: 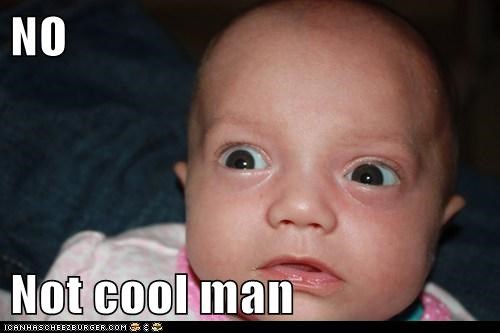 The original basic idea of the Discourse Hub have a reserved @username across all Discourse instances, so when someone sees @username on any Discourse forum, they’ll know it is (probably) you! … seems like kind of a bad idea in retrospect. Why? ...

Please excuse this posting if its not in the correct place; I assume it is as I’m (clearly) new to Rust - hence some observations and questions.

Firstly; my background is embedded systems development where stability and survivability are ‘king’. I’ve no great love for C but it is absolutely the dominant force in such systems. C++ and C# are seldom used by such systems due to overhead and the inclusion of libraries. (aside… one manufacturer of chips has libraries that have significant use of goto 's and is seen as a joke in the industry).

Next; two ‘hardware systems’ that are arguably dominant in the hobby and to a lesser degree professional arena are Arduino and the Raspberry Pi. I mention them as they are, to me, suggesting and offering a playground for people to become accustomed to programming then use those skills going into the future. From using C or other languages on them, ‘young programmers’ will take those skills with them and perpetuate those languages.

The reason for this posting is that I like the look of Rust from its central design objectives. However I fear that without ‘traction’ it will struggle to gain the acceptance that it should. I for one would like to pursue it, and I shall be as time permits.

I am asking then, has ‘embedded systems’ type programming been considered as a possible development goal? The definition of what an ‘embedded systems suitable’ language is open to debate. For me, it is the ability to write interrupt drivers; to access hardware facilities such as uart, I2C, pin, A-D, D-A etc - in a sensible way (meaning safely and reliably of course). C has an immense following for the way it achieves this but the effort is significant which many programmers fail to realize till they encounter their first real time system.

Then, following on from this, would anyone be considering creating a binary image for the Raspberry-Pi-2, the new version? It offers significantly increased performance and would seem to be an ideal target to bring new programmers into Rust. It would appear to me to be a good way to promote the product - assuming it is provided in a way that suits the target audience.

Of note, I discovered Rust due to a posting on the Black-Swift kickstarter campaign at

Black Swift is way more powerful — 400MHz vs 168MHz CPU, 16MB vs 1MB
ROM, 64MB vs 192KB (sic!) RAM. Pyboard is optimised for special Python
version only, while with Black Swift you can use Python, Perl, C, C++
and other languages available for OpenWRT Linux (for example, there’s
Node.js port and I saw attempts to port Rust — probably I’ll dig in it
later, with more or less stable Rust release available). Black Swift
provides set of regular linux utilities, libraries, and services — up to
webserver with PHP support and databases. Pyboard, as far as I
understood, has nothing of it."

Apologies if this longish posting is either in the wrong place or annoys - it is my observations coming from my own needs and also a desire for ‘something better’.

@codinghorror I agree with your comments on a custom SSO solution. I’ve had to do this at work, and it is a very involved project. It took us about a month of full-time work with 4-5 people (mostly because we also hadn’t worked on something like this before).

I’m YuJin and new to the Rust forum. I have a legal question, but it’s not confidential. More specifically, it’s about the Community, license agreement and privacy. Where do such questions go?

Create a new thread with your question.

This forum is no longer “new”, so how about a change of title?

Privileged to here, Hope to learn alot and contribute most:rofl: