I was going to submit a quote, but Amos's quote is going to win anyway

Amos also has an updated quote (rolls off the tongue slightly better imo) on the followup blog post:

And you can write logic errors in just about every language! And if you try hard enough I'm sure you can drive a train straight into a tree! It's just much easier with a car.

Lies we tell ourselves to keep using Golang

In the two years since I've posted I want off Mr Golang's Wild Ride , it's made the rounds time and time again, on Reddit, on Lobste.rs, on HackerNews, and elsewhere. And every...

"Ah but logic errors can happen with all languages"

My preferred response to this argument goes like this: 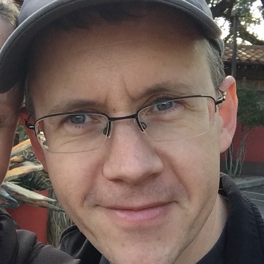 Edit: nvm... Somebody already got here first: TWiR quote of the week - #1219 by crumplecup

I'd like to stretch up a bit the concept of "quote" for TWiR and use a portion of a video. I'll include a transcript after it (if I manage to get everything right).

So, nothing is taken from Rust, by the way, because Rust is very close to being the perfect language. And Rust's borrow checker (and lifetime checker and all this other stuff) they make your life very difficult. But the reason they're making life very difficult is because the things you are trying to do are really, really bad and you shouldn't be doing them, and they have the potential to cause your program to crash and do unexpected things.
And Rust knows this and it is not going to let you do these things. But if you haven't tried Rust, just grab it and work through the first couple of chapters of the Rust book and do something wrong, because the error messages in Rust... it's like a hug form the compiler. It's just "There, there. You did your best. Yes, yes. No, you see here where you've done this? No, you can't do that. No, no, i'ts bad. No, what you probably wanted to do was..." It teaches you Rust. The compiler. It's lovely.

The shorter version of a quote I believe would best be:

[...] if you haven't tried Rust, just grab it and work through the first couple of chapters of the Rust book and do something wrong, because the error messages in Rust... it's like a hug form the compiler. It's just "There, there. You did your best. Yes, yes. No, you see here where you've done this? No, you can't do that. No, no, i'ts bad. No, what you probably wanted to do was..." It teaches you Rust. The compiler. It's lovely.

This video has already been brought up two times.

Rendle’s language borrows nothing from Rust, “because Rust is very close to being the perfect language.” (As Rendle sees it, even Rust’s error messages are “like a hug from the compiler.”) David Cassel referencing Mark Rendle in Comical Coder Envisions the Worst Programming Language Ever I also feel like the compiler is hugging me.

If you haven't tried Rust, just grab it and work through the first couple of chapters of the rust book and do something wrong. Because the error messages in Rust is like a hug from the compiler. "You did your best, yes, yeah. You see here, where you've done this ? No you can't do that, no it's bad. What you probably want to do is this." It teaches you Rust. The compiler is lovely. Mark Rendle - https://www.youtube.com/watch?v=vcFBwt1nu2U&t=2224s

I liked this quote:

The one thing I don't get about rust

I find Rust pushes code to be beautiful at the large design level, but has some ugly warts at the shallow syntax level. If a tradeoff has to be made it's the right one, but I think in some cases it's an unnecessary tradeoff, and the syntax quirks could be fixed.

I also liked this quote:

It doesn't matter who points out that "maybe we shouldn't hit ourselves in the head with a rake repeatedly": that feedback ought to be taken under advisement no matter who it comes from.

...I believe this general pattern - [Generic Associated Types] as a way to generically define an operation with types known only to the implementation - is generally useful for a lot of code, as is visible in existing languages with GATs/HKTs. Where Rust really hits the ball out of the park is that it guarantees monomorphisation, allowing these patterns to be truly zero-cost. It's difficult to overstate just how powerful that is.

Sorry for the spam, I keep finding things I want to post

At Cloudflare we have big Rust projects/teams and onboard new developers regularly.

There is a learning curve. Rust is rigid and unforgiving, and noobs need assistance when the compiler says “no” (although error messages and Clippy do a good job for common mistakes).

However, the big upside is that noobs can contribute safely to Rust projects. Rust limits severity of the damage an inexperienced programmer can cause. Once they manage to get the code to compile, it already has lots of correctness guarantees. “Bad” Rust code may just clone more than strictly necessary, or write 10 lines of code for something that has a helper method in the stdlib, but it won’t corrupt memory or blindly run the happy path without checking for errors. Rust prefers to be locally explicit, so it’s also easy to review.

“Bad” Rust code may just clone more than strictly necessary, or write 10 lines of code for something that has a helper method in the stdlib,

This is where I am. Like for real 100%
Is kornel reading my code?

I have no idea why this comment was deleted. It should be:

The only dynamic language I truly like is Clojure and a large part of that is because the deep immutability constrains state interactions across the system. I found it to be reliable but the pain of major refactors means it’s not something I advocate for on the job. I used to think you had to have that immutability to get the control benefits but Rust’s immutable by default and single writer rule enforced by the compiler achieves most of the practical benefits with much lower runtime overhead.