I know about nearly 10 parser generator / combinators on Rust.
Does exist any comparisons of performance of them?
Does anyone support additive/delta parsing?

Out of curiosity, what's additive/delta parsing ?

I assume it means incremental parsing i.e. When you parse a string, modify it locally and then parse that modified string with the same parser, that parser would only have to do the marginal amount of work to get the new parse tree rather than fully parsing the altered string.

More are listed at https://lib.rs/parsing. 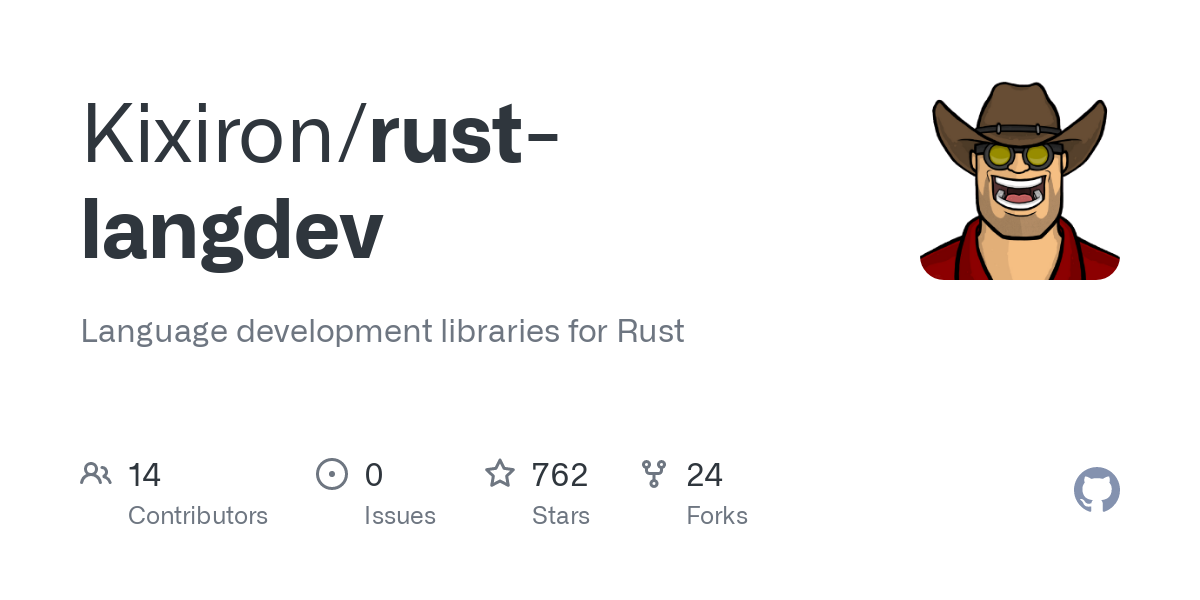 Language development libraries for Rust. Contribute to Kixiron/rust-langdev development by creating an account on GitHub.