Learning Rust by following the "Too Many Linked Lists" tutorial

The first episode of my new series on learning the Rust programming language is now up on YouTube.

In this episode I first introduce the tutorial I'll be following in this series and set up a project using Visual Studio Code. Following the tutorial I define the data structures for a basic singly-linked stack and implement the new() and push() functions. I also implement a bonus peek() function which isn't covered in the tutorial at this stage. Along the way I discuss various features of the Rust programming language including the ownership and borrowing models which are at the core of the memory safety provided by Rust. To wrap things up I add a basic README file, a LICENSE file and a MAINTAINERS file to the project, add SPDX license headers to each source file and finally I push everything up to a new repository on GitLab. 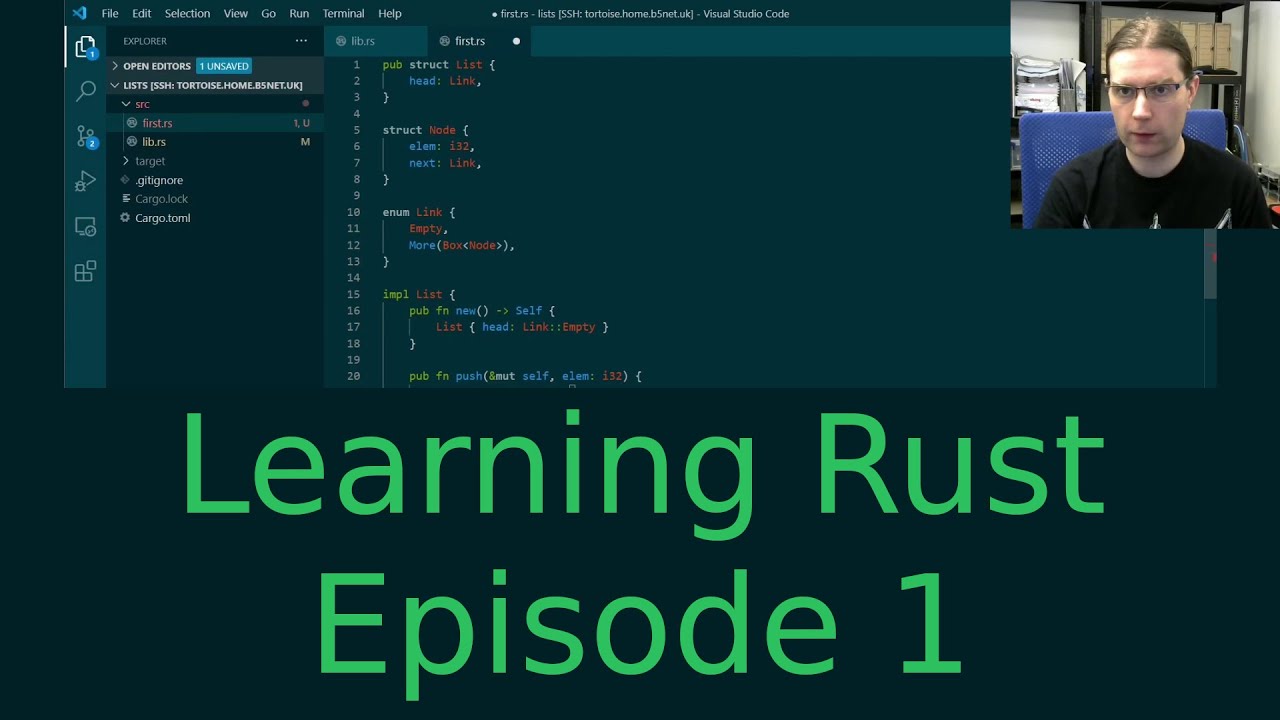 Note: I am not the author of the original tutorial, I'm just sharing my experience of learning Rust & following this tutorial.