generational-arena: "A safe arena allocator that allows deletion without suffering from the ABA problem by using generational indices." Again this is good for game entities or graph nodes.

spin-sleep: providing a very accurate sleep() function as well as a LoopHelper which is really handy. The author puts quite some effort into measuring a lot on different platforms (see here).

Crate of the week suggestion: https://crates.io/crates/cargo-lichking . Attempts to summarize licenses of crates you depend on.

I'm nominating this because it unlocks the ability to start writing lightweight Docker-like libraries in Rust for Linux!

failsafe (reddit thread) - Wrap function in a supervisor that prohibits execution (returns error early) for some time in case of consequtive failures of the wrapped function.

I was just told about cargo-src.

The packed_simd crate has been working towards bringing an implementation of portable SIMD, fit for inclusion in the standard library.

I'm sure this has been nominated before, but just in case, I would like to nominate crossbeam for its large suite of high quality concurrency primitives.

Seems the last mention was back in November 2016, and crossbeam-channel in December 2017...

(Fun fact: Discourse warns us of such things when we try to include a previously posted URL)

This is a long time, but my personal feeling is still that a crate should have recently done something noteworthy (milestone release, big new feature, etc.) to have a second chance at the spotlight.
Crossbeam feels so foundational, and so stable, these days (a massive compliment!

) that I wonder if it qualifies as needing "more attention"

I'd like to nominate pest, the elegant parser for CotW.

pest is a general purpose parser written in Rust with a focus on accessibility , correctness , and performance . It uses parsing expression grammars (or PEG) as input, which are similar in spirit to regular expressions, but which offer the enhanced expressivity needed to parse complex languages.

(Disclaimer: I contributed greatly towards the end of the 2.0 development cycle.)

We recently released 2.0 and the website is a cool showcase of what Rust-on-wasm does today; you can actually Try It Online!

Ruukh - An experimental next-gen frontend framework for the Web in Rust.

Cntr, a way to add in tools to a container after its built to debug it: 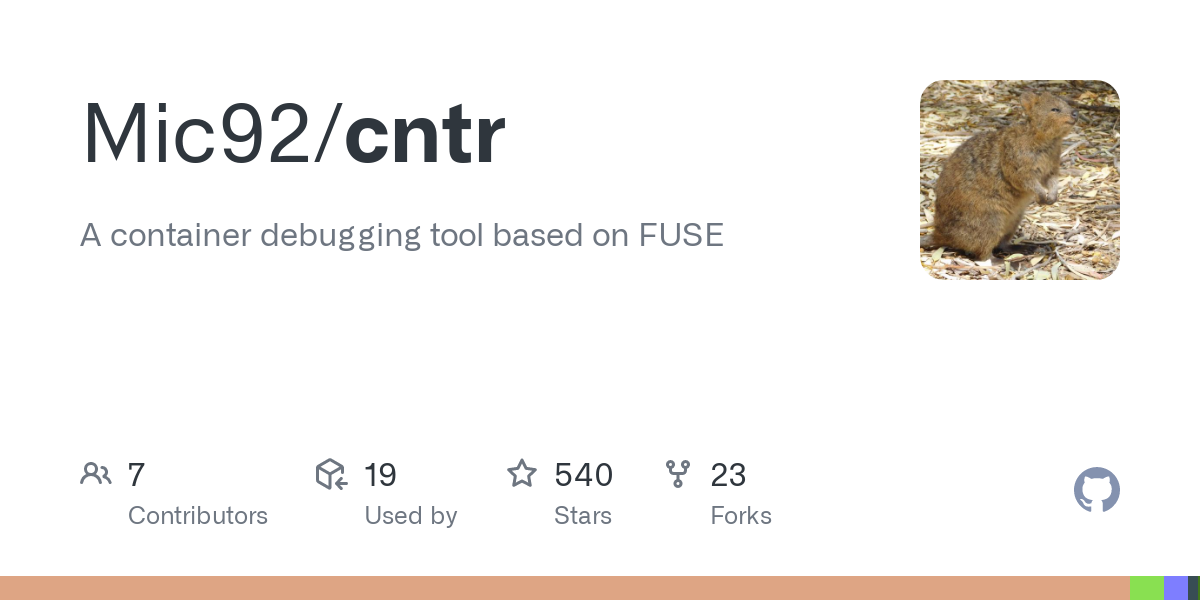 GitHub - Mic92/cntr: A container debugging tool based on FUSE

A container debugging tool based on FUSE. Contribute to Mic92/cntr development by creating an account on GitHub.