Why calling python from rust is faster than python

using PyO3 give power to python and make it faster, but I do not understand why, should not it be same as calling python file!

Appreciate to get this explained, why calling script code from compiled code make it faster?

I just tried this code:

And could not understand why it is faster than this one: 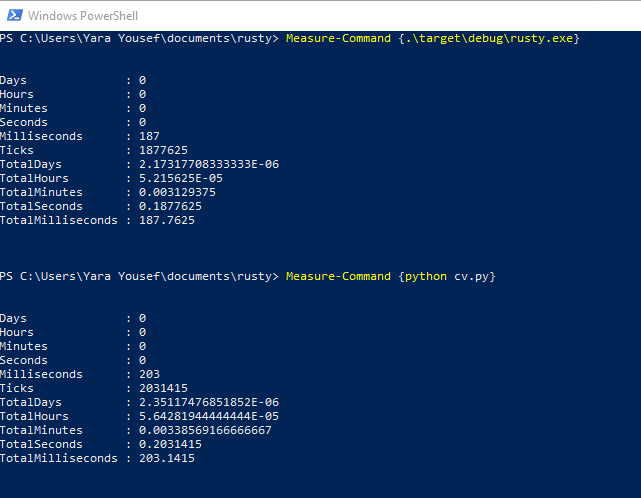 Are you sure it is faster, and that it is not just measurement noise?

Actually I'm not, I read it should be faster, tried to check, not sure about the results and about the reason.

You should put that test into a loop a thousand of times and take the average. Than you'd have a more precise result.

Assuming it is faster, one reason could be that the macro can do something like embedding the corresponding pyc file instead of a py file. I don't know how it actually works, but this is a possibility.

Thanks, my concern now is to get general understanding of calling script code from compiled code 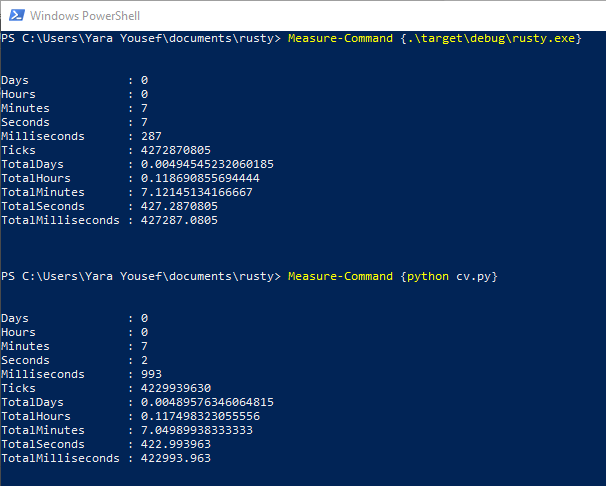 To make sure your original measurements of Rust taking 187ms and Python taking 203ms are accurate and not just noise, you should run the same Measure-Command test several thousand times and look at the statistics.

I don't know whether Measure-Command will run the command several times and take an average for you, but if not I've heard great things about using hyperfine to measure performance for command-line programs. 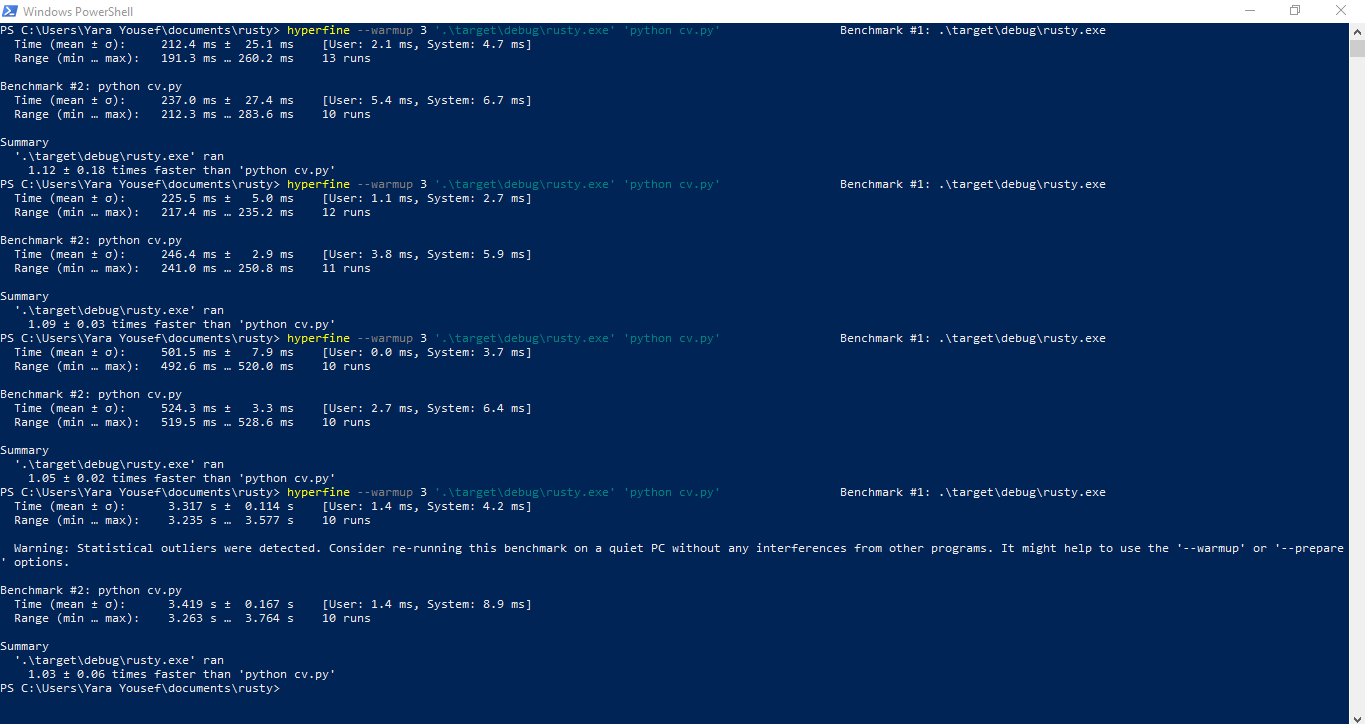 It's impossible to say for certain without profiling both, but it's possible that the python interpreter has to spend more time on things like filesystem calls and file I/O.

Maybe it's the difference of having to read the cv.py file, especially when stuff like virus scanners get involved, versus having that source embedded in the rust executable.

My two cents is that the Python interpreter needs to compile the high-level Python code to bytecode each time it runs (which takes time).

Maybe @kngwyu knows more about this (contributer of Pyo3).