In this, the below example is there for using impl with stuct as below:

But I got the below error: 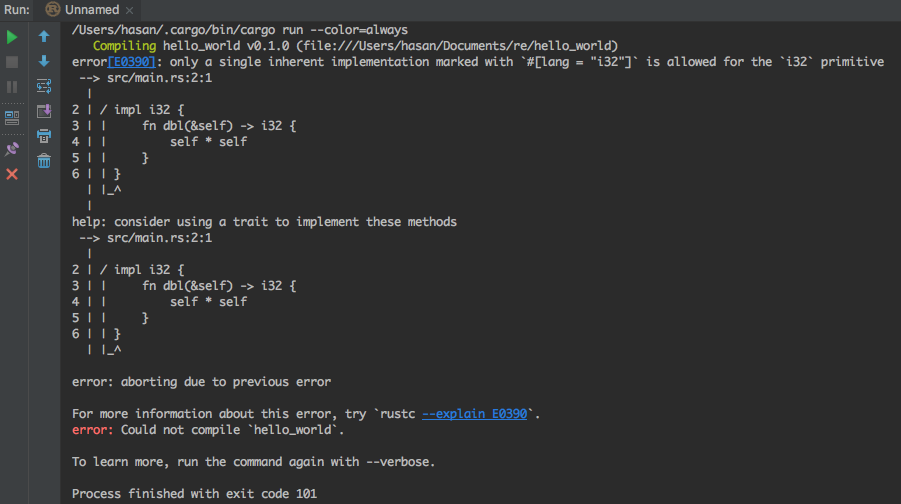 You can create a trait and implement in on the primitive (or any.)

Thanks a lot, it is what I want.

HI @jonh
Is there a way I can implement the same for Vec, I tried as below but got error:

I need to make AverageExt for the Vec that can give me the average of the vec’s numbers!

Is there a reason not to just write functions?

The “extension trait” idiom works for any type. You’re only getting an error because, as the error message says, impl AvgExt for Vec<T> is invalid because T is not a type defined anywhere.

I assume you want to say “Vec of any type”, and the syntax for that is impl<T> AvgExt for Vec<T>.

But as @droundy said, it’s usually better to just use an ordinary function. There’s not much benefit to an extension trait unless you’re also writing some code that’s generic over that trait.

I assume you want to say “Vec of any type”, and the syntax for that is impl<T> AvgExt for Vec<T> .

To add, you’ll also need more bounds on T to allow performing operations on it (eg sum, div, and converting to f32). The num crate is useful here as it has a bunch of traits and impls for the primitive types to this effect.