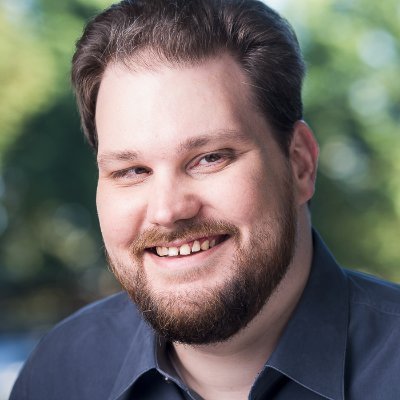 people don’t realize that the reason their idea doesn’t work is not because the idea is wrong, it’s because the language (or, often, the compiler) is limited.

"But we can do it ourselves," say some hardcore kernel kings. "Look, some of this has been going 30 years without a problem." Indeed. But because an expert surgeon can whip out a spleen safely doesn't mean you can sell scalpels on eBay with "Instant Appendectomy" instruction leaflets. Rust reduces risk without compromising performance, which means more people can write better code faster. Who doesn't ache for this?

-- Rupert Goodwins @ Rust is eating into our systems, and it's a good thing • The Register

It’s not Rust that you are learning. It’s your goddamn program’s behavior. Rust just does not let you cut that corner.

Shepmaster occasionally pops up to keep things level, and provides definitive answers and edits to all stackoverflow questions

Dtolnay is an AI written in rust with the sole purpose of improving rust.

C++ reference is always valid after it is initialized

This is simply false. It is trivial to create dangling references in C++, causing memory corruption.

as long as not returning a temporary reference inside a function

Rust essentially can't be used incorrectly, because the compiler catches lifetime and shared mutability mistakes. Not by examining a myriad of rules of thumb and claiming that 10 or 100 or 1000 rules of thumb are enough, but by building a complete mathematical model of the initialization, validity, lifetime, mutability, and sharing of values, along with control flow and concurrency, and then solving it to see if your program satisfies its invariants. As long as you don't explicitly opt in to unsafe, this actually guarantees (modulo compiler bugs) that there are no memory safety issues in your program. C++ has no equivalent safety feature.

There's a lot of weird debate about whether Rust in the kernel is useful or not... in my experience, it's way more useful than I could've ever imagined!

I went from 1st render to a stable desktop that can run run games, browsers, etc. in about two days of work on my driver (!!!)

All the concurrency bugs just vanish with Rust! Memory gets freed when it needs to be freed! Once you learn to make Rust work with you, I feel like it guides you into writing correct code, even beyond the language's safety promises. It's seriously magic!

There is absolutely no way I wouldn't have run into race conditions, UAFs, memory leaks, and all kinds of badness if I'd been writing this in C.

In Rust? Just some logic bugs and some core memory management issues. Once those were fixed, the rest of the driver just worked!!

Crater answers the age-old question: if a change breaks in the forest and no one is around to notice, is it really a breaking change?

Not posted this week, but I found it quite funny.