Given that you're a team member, I'm going to push back on this quote as well. Not because bike-shedding is fun per se, but because community involvement is one of the great things about Rust.

The wider community may see problems and solutions a focused team do not, and have use-cases they haven't considered. The more language evolution leans towards fiat-by-team, the more concerned and frustrated I get. And I do feel it's increasing with time.

I don't know where the balance is between language design by one person or small team or design by contributions from a wide user base. C++ has a huge team of contributors, all be it members of the standards committee, which is huge, and see what a huge train wreck of complexity and incomprehensibility that has become.

We're only concerned about producing high-quality garbage as fast as possible.

I present to you a humble limerick:

Also, I don't know how much of this is because Rust is special or because BurntSushi is a national treasure and his CSV library is impeccably constructed and documented. 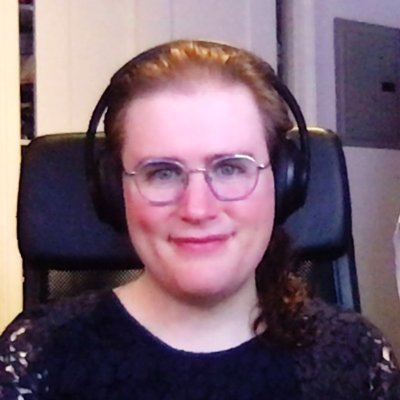 @defrag_fable
Rust helped make the fastest and most stable Ruby autoformatter in the world. We are 100% confident we would not have been able to work at the scale of Stripe's Ruby monorepo without the core being in Rust. So thank you @rustlang for making Rubyfmt possible.
1 Like
H2CO3 October 25, 2022, 6:16am #1321

Rust would be better if it were written in Rust.

"Aha, but std still has a libc dependency -"

"But the syscalls are still implemented in C -"

"But what about disk controllers, and firmware, and drivers, and everything else? Surely there isn't some way to completely avoid C?" The Amish (/ˈɑːmɪʃ/; Pennsylvania German: Amisch; German: Amische), formally the Old Order Amish, are a group of traditionalist Anabaptist Christian church fellowships with Swiss German and Alsatian origins. They are closely related to Mennonite churches, another Anabaptist denomination. The Amish are known for simple living, plain dress, Christian pacifism, and slowness to adopt many conveniences of modern technology, with a view neither to interrupt family time, nor replace face-to-face c Th...

@lina @dougall While working on these userspace Mesa changes today, I did not hit a single GPU kernel driver bug. Not. A. Single. Bug.

This is thanks to Lina's phenomenal efforts. She took a gamble writing the kernel driver in Rust, knowing it would take longer to get to the first triangle but believing it would make for a more robust driver in the end. She was right.

A few months of Lina's Rust development has produced a more stable driver than years of development in C on certain mainline Linux GPU kernel drivers.

I think... I think I have Rust envy

@lina@vt.social @dougall@mastodon.social While working on these userspace Mesa changes today, I did not hit a single GPU kernel driver bug. Not. A. Single. Bug. This is thanks to Lina's phenomenal efforts. She took a gamble writing the kernel driver...

Regarding the friction you feel when writing embedded Rust in the same way you wrote embedded C++...

A fun little jab and hat tip to the Rust community...

I'm expecting this article to make the rust crew go in a crusade again, and I think I might be with them this time.