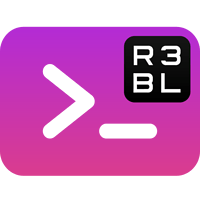 We are working on building command line apps in Rust which have rich text user interfaces (TUI). We want to lean into the terminal as a place of productivity, and build all kinds of awesome apps for it. And we are looking for contributors & feedback on the code

First, instead of just building one app, we are building a library to enable any kind of rich TUI development w/ a twist: taking concepts that work really well for the frontend mobile and web development world and re-imagining them for TUI & Rust.

Here are some examples of the types of "app"s we want to build:

Here’s what we have built so far: