How to print the byte string literal of a bytes?

I want to obtain the byte literal.
Imagine I get a hex from the web or somewhere. And I want to make a CLI tool to convert that hex to byte string literal. Then I can use it (b"xxxx") on my rust code.

I suggest bstr for working with byte strings:

It is written by BurntSushi, a member of the Rust library team.

If you want to get a literal (as in &'static str), you could do this:

But I'm not sure if I understand your question correctly.

How to escape that?

Maybe I misunderstood what you try to achieve. If you want to create a string with corresponding escape sequences, maybe you rather want something like the following? (Just written down quickly, maybe there is an easier or more efficient way.)

What if I want to invert this?

Sorry, maybe my description is wrong.

That answer is not what I want.

unescape is for JSON unescaping. I think @AurevoirXavier wants to unescape Rust literals. I'm not sure if it's the same.

It handles output of OP's to_byte_string_literal(), as long as the original input was UTF8-compatible.

The code is short enough to easily convert it from outputting Option<String> to Option<Vec<u8>>, liften the requirement of UTF8ness.

This crate is quite old.
I made a more powerful one. 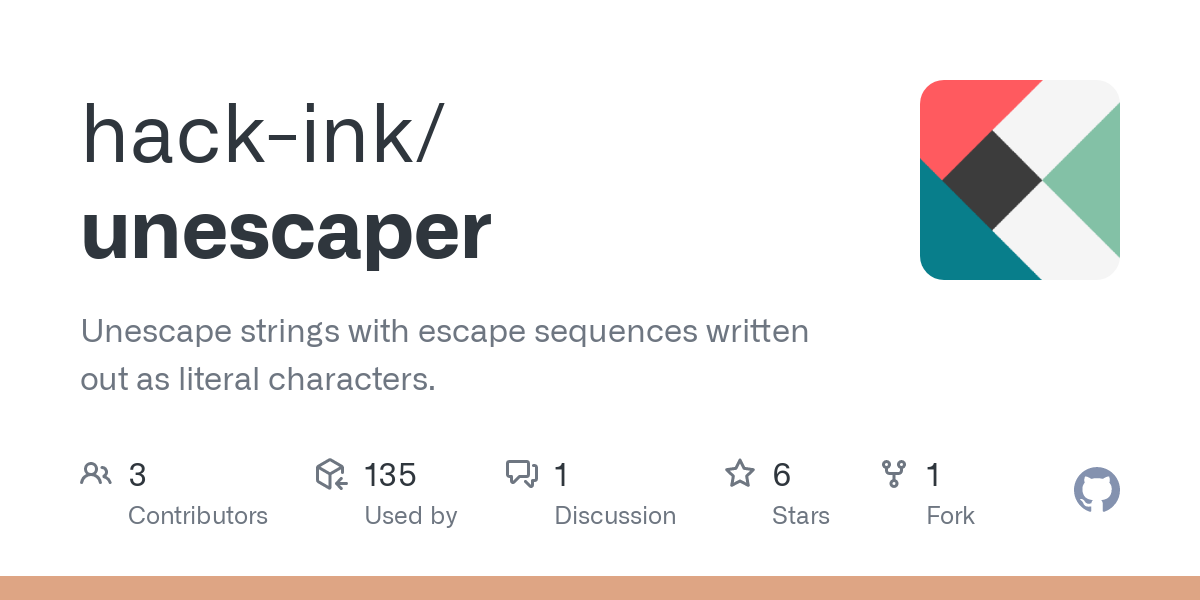