Self-nominating my own crate / side project

This is a BASIC interpreter and DOS-like environment fully written in Rust. The goal of the project is to provide a learning environment for coding, but also to offer a "fun" retro-looking computing experience.

The cool thing about this crate, which was not intended at first but that Rust made possible "for free", was targeting the web via WASM. Oh, and it now also has a cloud service running on Azure Functions, also written fully in Rust, but I haven't published the code to that...

A library for running selenium .side files.

fltk-rs has just released 1.1.0, and my own experience has been very positive. Recommended!

trailofbits/dylint: A tool for running Rust lints from dynamic libraries.

I'm looking into this for writing application-specific lints for a large codebase.

I'd like to nominate Loadstone, a bare-metal bootloader for embedded systems, specifically systems running on Cortex-M microcontrollers.

Sycamore is actually pretty fast (it's faster than Svelte) based on js-framework-benchmark.

I've personally tried to build some fundamental constructs like transport agnostic e2e encryption and actor libraries, but never invested enough in them. Ockam is basically doing what I had attempted and failed at, but way way way better.

I saw their blog post the other day and I think it's quite cool. e2e encryption + actors is a super cool primitive for secure and resilient services. It reminds me a bit of the hashicorp stack, but as a library.

IMO definitely worth checking out - I think frameworks like this are extremely high potential.

And a shameless self-nomination: 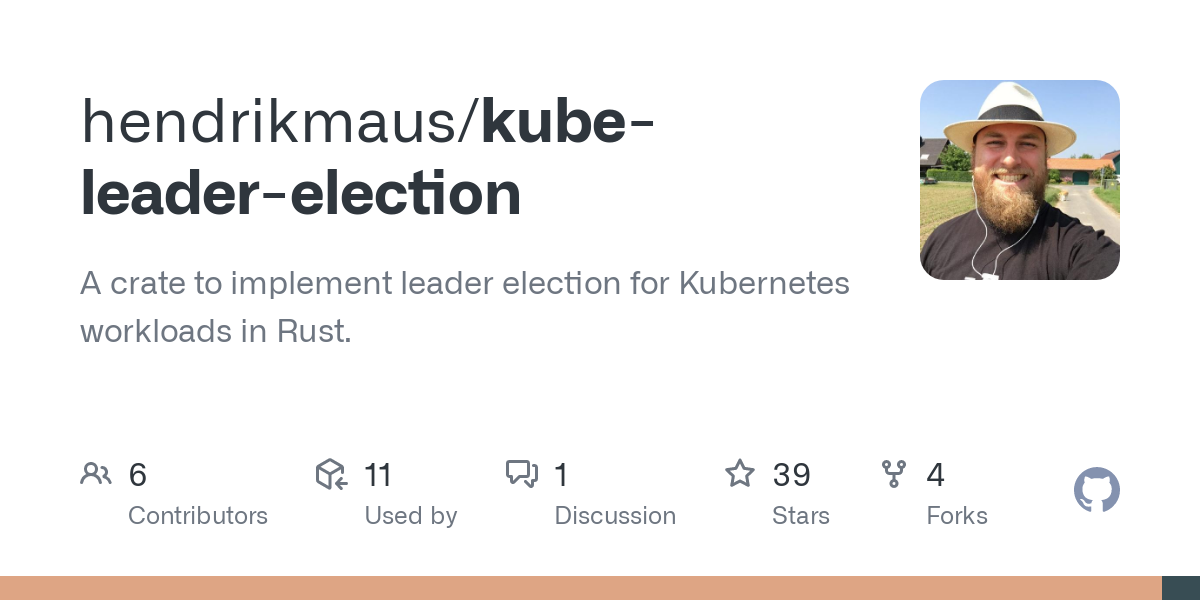 Another Configuration Library for Rust Applications (with auto derive). 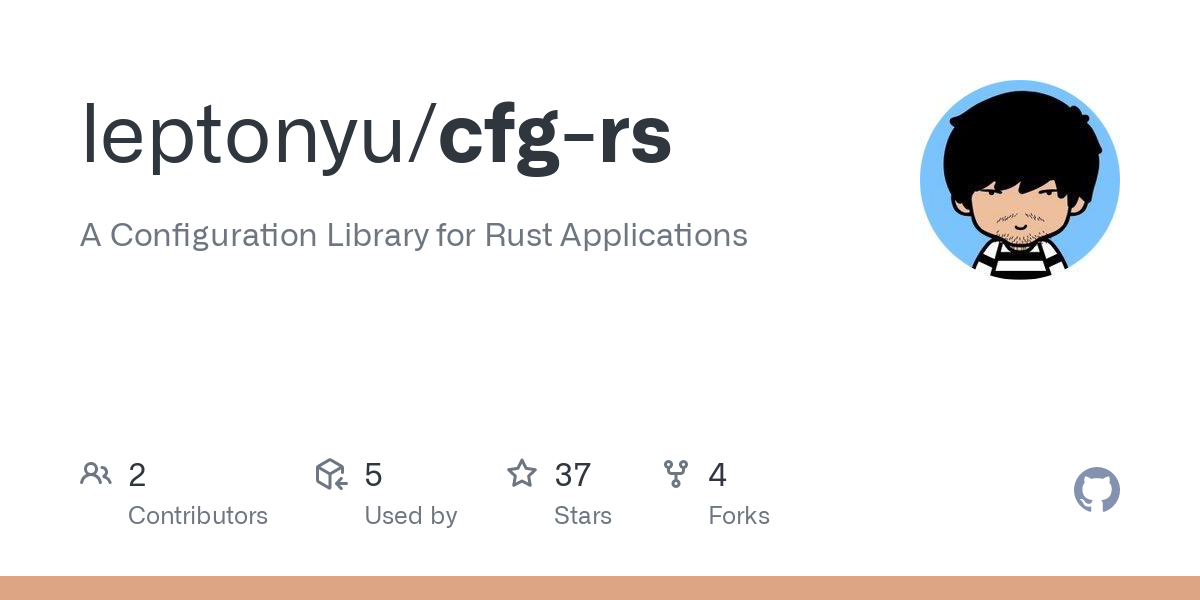 A Configuration Library for Rust Applications. Contribute to leptonyu/cfg-rs development by creating an account on GitHub.

I nominate this abuse of the type system: 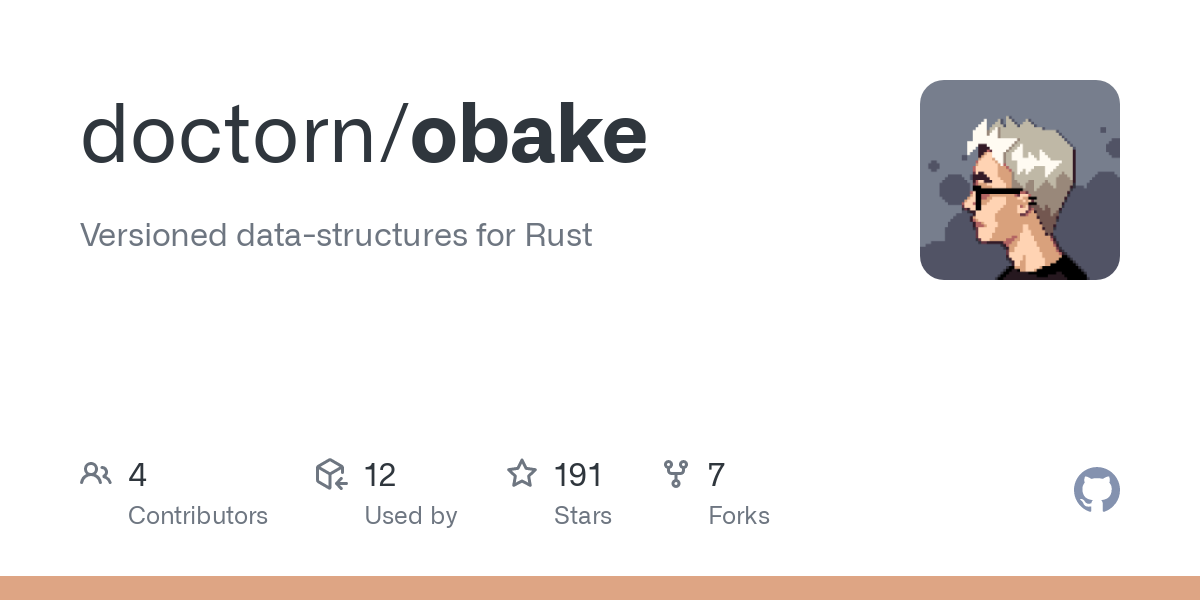 Versioned data-structures for Rust. Contribute to doctorn/obake development by creating an account on GitHub.

This library is a simple schema migration library for rusqlite using user_version instead of an SQL table to maintain the current schema version.

Thus, it aims for: 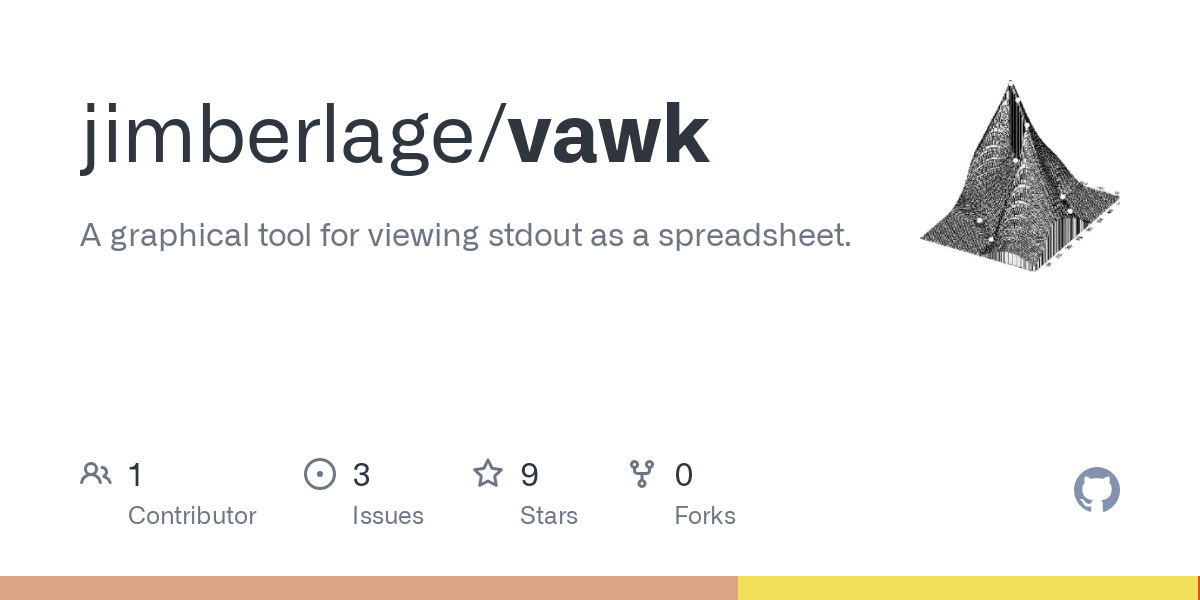 GitHub - jimberlage/vawk: A graphical tool for viewing stdout as a spreadsheet.

This is a unix utility for letting you split stdout from a command in a GUI, then get the results back in the terminal to be passed along. It's meant to let you explore command output as a table.

Has qcell been nominated yet? It's a heavily underrated crate, particularly when working with dynamic views of trait objects (runtime polymorphism).

A neat toolbox for manipulating tuples. New and still underappreciated crate with just one star on github. I used it recently in tandem with derive_new to handle the tuples that diesel returns on joins. I just wanted to add another item to the tuple (append) before I fed the elements into the new-method (apply) for my return-struct. Very nice!

I'd like to nominate a crate that my friend has spent much time on: a fast no_std websocket crate called 'embedded-websocket'