Hey every one ^^,
I'm just playing with rust pointer and simply try to catch some runtime cost of borrow checker !
I have scripted this few lines of code on Rust play ground ... and get random result
with no relevant results some time one way win some time its the other so since im not competent enough for checking the disassembly , can I stand on the zero cost abstraction of rust or my method is simply not contrasted enough and the os machine introduce some noise in the result ?
since its a fun topic I hope to get some quick answer ^^ thanks any way.

Micro-benchmarking is super-hard. Anything under hundreds of milliseconds it's critically important to use something like Criterion.rs - Criterion.rs Documentation to have it be more likely a meaningful result.

RefCell is not intended to be a zero-cost abstraction: it defers borrow checking to run time, where you have to pay for it with extra computational work. Which is one reason you should avoid it and use normal references or Cell whenever reasonably possible.

But what I see is RefCell are not so expensive in runtime cost next to raw pointer (some time even better in average time... (see it by yourself you just have to increase the const value)... on a large set of mutable memory which the point of my issue... is this a LLVM trick or so ?)

"zero cost" does not mean low, non-zero cost; it means no added cost.

Of course, zero cost abstraction doesn't fit there, compiler optimisation would be the right pick for explaining the fact that on a large set of mutable value I don't really pick some huge differences (?...), ReffCell is often faster than just raw pointer itself which is unexpected... but that is certainly not the right way to contrast the borrow checker runtime cost ... im going to look at micro bench for that and forget average values...

ReffCell is often faster than just raw pointer itself which is unexpected...

I wouldn't be sure that's what you're actually measuring. The measurement windows in your OP are so small (3-4 asm instructions) that any difference is probably dwarfed by variations in calling Instant::now() and elapsed().

And in a larger context, safe Rust such as RefCell has more optimization potential, due to the LLVM noalias attribute, than unsafe Rust, as benchmarks of significant size might demonstrate.

How do you easily target the instructions loop rust disassembly is too spaghetti at first glance ? because it's just what need too look at in fact...

good, I have fond this and that's exactly what I need: 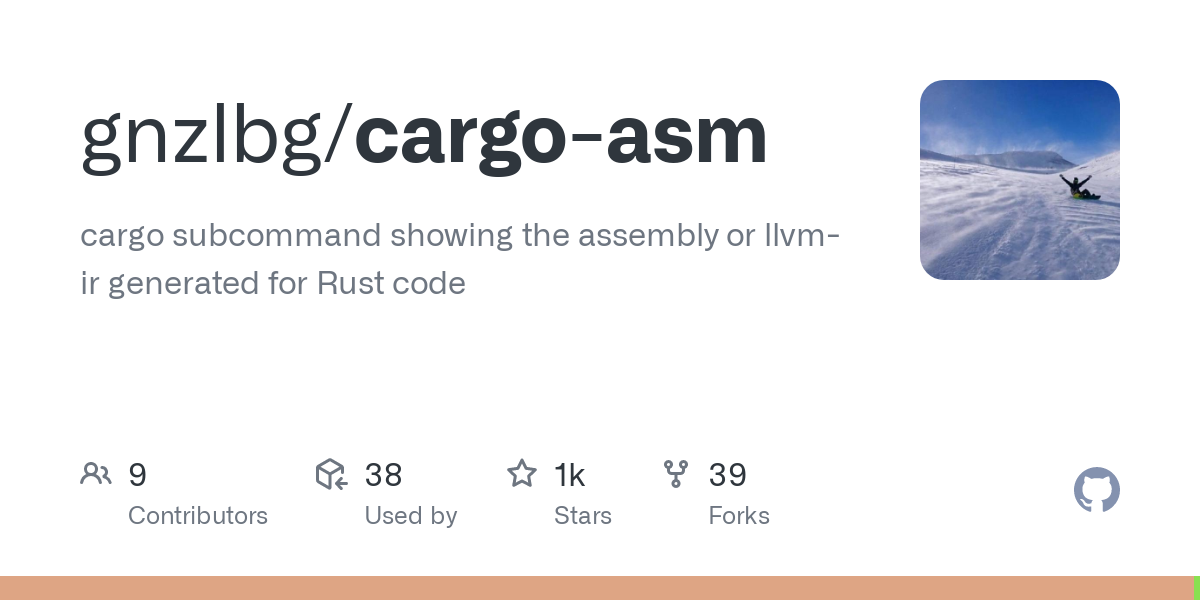 RefCell is not intended to be a zero-cost abstraction: it defers borrow checking to run time, where you have to pay for it with extra computational work. Which is one reason you should avoid it and use normal references or Cell whenever reasonably possible.

Final diagnostic:
with cargo asm and --rust flag i'm able locate the instructions quality
and ReffCell sim to be surpinsingly efficient... the runtime tradeoff worse the benefit
at my sense, when you don't have the control of the context of your function call...

In GodBolt, right-click on the Rust code in question and "Reveal linked code."

on whatever the default GodBolt target is. (Plus whatever impact having the panic paths imparts).

try to catch some runtime cost of borrow checker !

Borrow checkers purely run at compile time. Those lifetime informations are not passed to the compiler backend like llvm. It's guaranteed that the lifetime system never affect the produced machine code. It can only reject some code that failed to pass the check.

What you're testing here is the runtime cost of the RefCell, which is a highly efficient single threaded lock, but not the borrow checker itself.

There are so many ways you can fool yourself when measuring.

Let's now look at the actual code that comes out of compilation.

Here you can see that two instructions that are irrelevant to what you're trying to be measured have been inserted in the section where the timer is running.

( for info u128 was what get out natively of an std::time::Instant struct ) and that may not be the right pic form purely measuring the runtime... but from the main idea to calculate the average runtime cost over millions of iterations to :
Looking straight down to assembly code we can now have a clear idea of what's going on under the hood and see that LLVM still the final master in rust on how code will be optimised
and the most efficient calliper was in fact the asm instructions count not an Instant timing evaluation.

by the way how can we directly write asm instruction from rust code ?

(exceeding the rust compiler policy is always a such things... I know machine often win but rust can only be competitive with c++ with this kind of fine tuning verbose and that why Im enjoy rust code so much)

Have a nice day/night all and thanks all for all your comments that was instructive.

( additional infos: the asm scope from rust ):
from asm - The Rust Unstable Book

(Although it has been proposed that Rust shall do some optimizations before handing over to LLVM. We'll see in a few years.)

Look at the story behind Matt Godbolt's Compiler Explorer. The point was to show that you don't need a lower level language than C++. You can write your C++ code and see that the assembly code that comes out of it is just as good as what you would write in a lower level language. Same thing applies to Rust. The typical way to optimize a program is not to write assembly, but to look at Compiler Explorer what assembly code comes out of the compiler, and then modify your C++ or Rust source code until the assembly code looks good enough. You can find his talks on Youtube.

(Although it has been proposed that Rust shall do some optimizations before handing over to LLVM. We'll see in a few years.)

No need to wait, MIR optimization is already a thing.