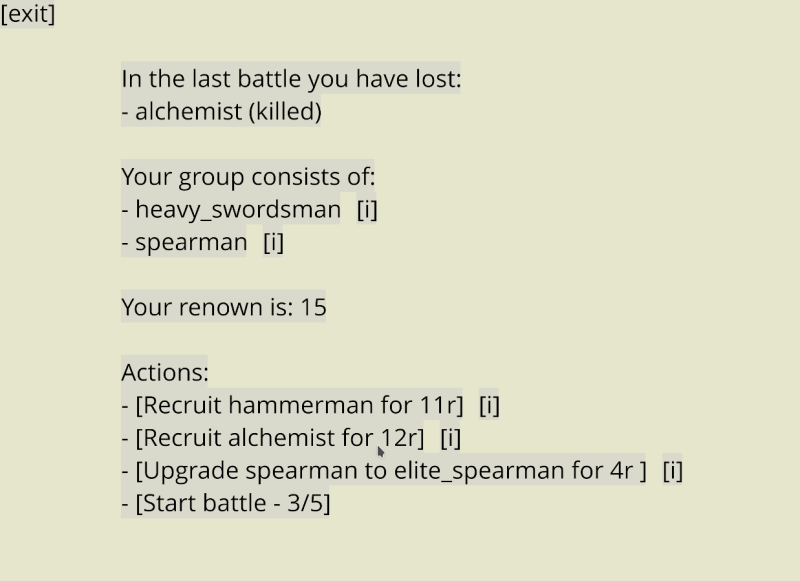 The initial vision of the project is:

Something in between of Banner Saga, Hoplite, Auro and Age of Decadence.

A few days ago I’ve released Zemeroth v0.5.
Main features of this release are:

Turn-based games, especially the ones with static sprites, tend to look boring, so I try to use relatively simple effects to make Zemeroth look more interesting and alive. Some other similar visual effects are planned, like animated fire or swaying grass/bushes.

Main features of this release are:

Zemeroth is my hobby turn-based hexagonal tactics game written in Rust. You can download precompiled v0.6 binaries for Windows, Linux, and macOS or play the online version on itch.io (works on mobile browsers too).

... or watch the video version: