I am loosly following this tutorial on creating a snake clone with bevy.

Creating a Snake Clone in Rust, with Bevy

Bevy has seen rapid adoption recently, but the learning resources are still fairly scarce. This is an attempt to provide a next step after the Bevy book. The final product looks like this: It’s about 300 lines of Rust, so buckle in; this is a... 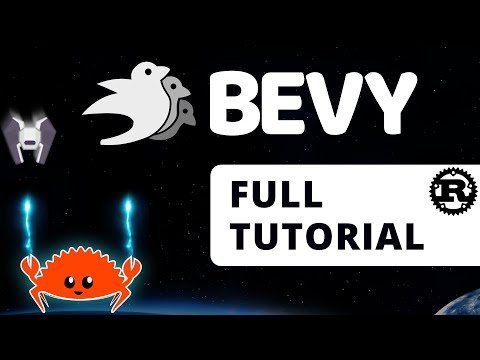 Want to start implementing the core functionality of my CLI being built for scaffolding node.js application https://github.com/opeolluwa/thunderstorm.rs

I'm going to rewrite strengthcalc from Fortran into Rust, which new version will be named musclecalc. It's a sport tool at a very early stage of development. At present it only estimates the maximum weight one can lift (like many programs, although mine seems best-documented

) but the idea is to keep developing it in Rust (no more Fortran) the rest of my life, add features, and in distant future create something awesome.

I have not yet decided whether I'll make a GUI for this app--among all my crates, this is perhaps the best candidate for a GUI.

On one hand, my app might be more appealing for many users and on the other hand I personally tend to use CLI programs even when a GUI version is available.

Also, I think I have recently wasted too much time reading about dozens of programming languages and 'giving a try' many of them. I would like to think that time wasn't really wasted but honestly speaking I can see very little benefit if any. I feel I learn far more writing a real code for real programs than reading about programming and giving a try more and more languages and tools people talk about.

Sadly, many of those 'new exciting' languages either don't install on my system or else once installed do not really work as stated in tutorials and I struggle to make work a code copy-pasted from documentation.

There are also mature languages whose compilers install and work smoothly on my system. However, if after a few days of struggling to resolve a simple problem I ask a question on the forum, instead of giving me an answer, a community of almost exclusively elderly people ask me "what research I have actually done to answer my question..."

So, my biggest learnings of this week are (1) to stick with a technology which truly works and (2) a community which doesn't treat newcomers as ignorants. Also, (3) to focus on real goals rather than on tools. Long live Rust!

I'm following this tutorial with rocket and async-graphql instead of actix and juniper:

Setting up a GraphQL server with Rust, Juniper, Diesel, and Actix; learning about Rust's web frameworks and powerful macros along the way.

The objective is to port stash-box to rust and turn it into a general purpose wiki, to keep track of what I have and use it with a file manager to curate the files automatically:

Wouldn't it be better not to use a name separated by only an underscore from the most prominent of wiki software?