Finished a basic implementation of 'Simulation of Simplicity'. The SoS technique has drastically simplified one algorithm and should be key for getting visibility calculations right in all corner cases.

This week I'll work on a half-edge graph. It'll play a role in single-source shortest-paths and Delaunay triangulations. 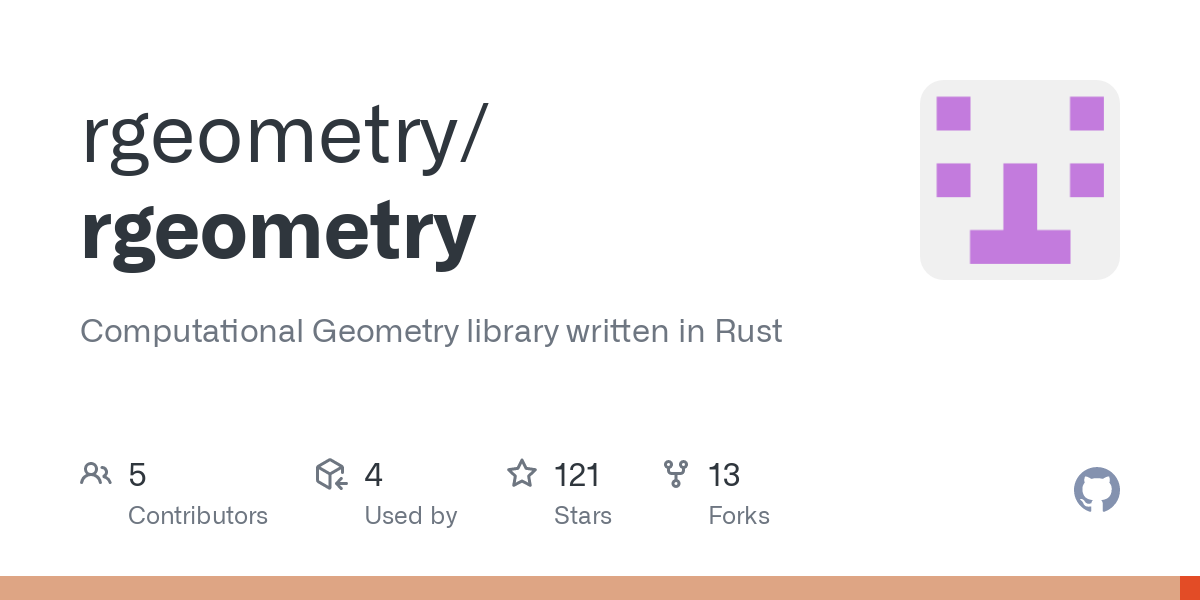 Computational Geometry library written in Rust. Contribute to rgeometry/rgeometry development by creating an account on GitHub.

I'm trying to get the uom (type-safe zero-cost dimensional analysis) PR to update to quickcheck 1.0 pushed over the finish line. I'm down to one set of failing tests now.

I'm a beginner rustacean, but I am trying to build a full-stack website with a rust backend just for practice.

I only recently learned trait objects, so hopefully I can use that to have loose architecture and build something that could pass as industry standard lol.

Trying to get flo_draw 0.3 ready for release. I think I've got all the features ready that I want for 0.3: I keep distracting myself with ideas of adding a Blend2D or a Skia renderer but I think the OpenGL/Metal renderer is good enough for this version.

Main things have been adding texture and gradient support, and a few new examples. The interactive mandelbrot set example is one of the most photogenic:

It's probably the most complicated example, too, demonstrating how multiple threads can render to a single window.

Wibble looks OK as a screenshot but really needs to be seen in motion:

I used the new gradient fill to add shading to the mascot example. This is also splitting up the rendering pipeline to achieve a more subtle effect (generating a silhouette from an existing vector image using path arithmetic):

I do want to add an example that shows the vector buffers sent to OpenGL (that's useful for tuning the settings for lyon as well as demonstrating another way the render pipeline can be messed around with). I also need to have another look at dashed lines to see if they're worth fixing for this release, and there's a few loose ends to clean up too.