Still working on lpc82x-hal. My main focus since the 0.1 release have been small fixes and usability improvements. For safety reasons, the API manages a lot of state at compile time, and making that more convenient for the user is a top priority.

I’d also like to add more features (like I2C and ADC APIs), but I expect the usability work will keep me busy for a while longer.

I finally made some progress on long compile times in uom (type-safe zero-cost dimensional analysis). cargo build --all-features dropped from 1137.24 s down to 28.68 s! The issue is private type aliases (type V = f32;) of public types. Making the type alias public fixed the issue. This week I plan to submit a report upstream as well as review PRs from /u/Aehmlo.

Been adding a few more features to my Todo.txt file aggregator “encasa”–now you can archive tasks that were marked finished to done.txt files.

I also discovered the Unrust project and have been checking it out and looking for ways to contribute. Having a way to prototype games quickly and build them to native binaries as well as to WebGL/wasm pages has been something I’ve been looking for!

Working on sonde, a program for viewing and analyzing weather balloon and forecast model profiles.

I’m cleaning up an example of using Auth0 with Rocket, and an accompanying blog post.

Game input: “do it right” after the “do it fast” spike to control a character:

(introduced so much tech debt doing that, eep)

I was finally able to close issue 46: 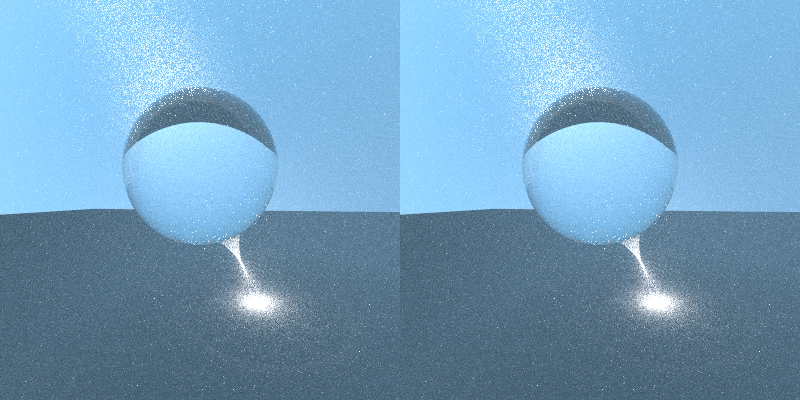 That means I can go back to implement Metropolis light transport (MLT). I probably make a new release before that, but I noticed that the current rustc 1.27.0-nightly creates some problem finding/loading shared libraries, so I guess I will report/solve that first.

Working on libui (temporary name), which is a GUI lib entirely written in rust. It is based on SDL, but I plan on making it modular enough that adding another back-end is easy. It is not the first gui lib I am writing, as I have a version written in Lua for Love2D. It’s a way for me to get better at rust.

exitfailure a small crate that provides a newtype wrapper over failure::Error so that I can get nice error messages on the cli when using “? in main()”.