i'm going through this lesson. For some reason autocompletion works well when i type use azul::, it suggests me corresponding modules, but when i want to include modules from azul::widgets::, it stops working. It also doesn't autocomplete Button and Label types from there, despite program building succesfully. 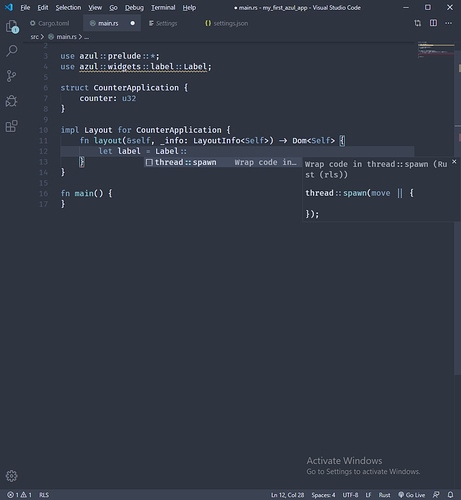 Seems like it is a bug, because i installed intellij idea and autocompletion works fine here

Note that as far as I know, intellij and vs-code use different backends for autocompletion.

It would also be useful to know which VS Code extension you're using - there's three that I know of:

I personally would 100% recommend using rust-analyzer, if you're not already.