I'm still looking for a JPEG 2000 decoder in Rust. There are bindings to C++ decoders, but they have problems.

Someone made a good start on a JPEG 2000 decoder. 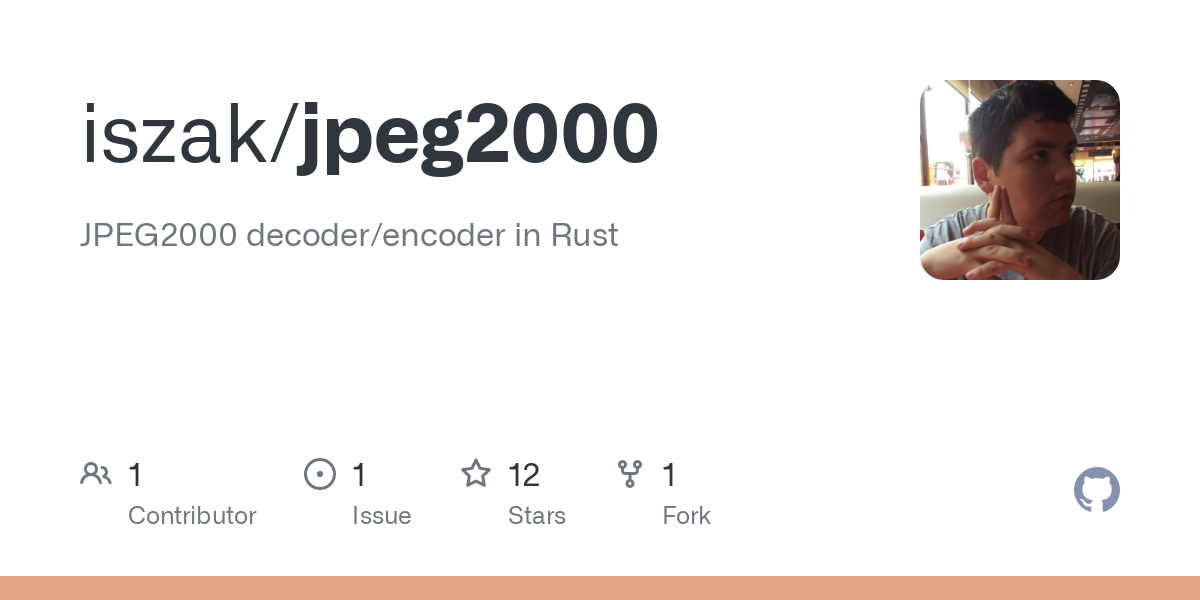 JPEG2000 decoder/encoder in Rust. Contribute to iszak/jpeg2000 development by creating an account on GitHub.

They have the header decoding working, but not the content decoding. The author seems to have gone on to other things; I asked. Anyone interested in finishing that?

I only need decode, only still images, and not for the new "high-throughput" form.

There are C and Java reference implementations available to work from.

Perhaps you can broadcast this request via This Week in Rust?

Tried the Rust forum on Reddit. Some interest and people who want it, but nobody able to code it.

JPEG 2000 is the "pro" successor to JPEG. It's used for Library of Congress archival storage, medical imagery from X-ray machines and CAT scanners, and MapQuest. Images are divided into tiles, and each tile can have progressively better resolutions, until the final level can be compressed with lossless compression. So when someone zooms in on a medical image, there are no compression artifacts.

Photoshop, and GIMP support it. The video form is used by pro cameras such as RED, movie production intermediate files, and digital cinema projectors in theaters. But it's seldom seen on the consumer-facing web, which is why people think it's rare.

There used to be patent concerns, but, according to Wikipedia, the patent problems are over.. It's been 20 years, and key patents have expired.