I have faced with the issue that when I try to save in static variable object that type depend on lambda it is not possible save it:

It does not work, because I cannot use impl in variable declaration ...
Bu I do not know type of closure !!

I have found the #![feature(impl_trait_in_bindings)] ... But than I got the following error:

The closure does not have a name you can write down, and note that every closure has a different type, so even if you could specify the type, you couldn't replace it with another closure, because it would have a different type.

What are you trying to do? Perhaps a function pointer or trait object would do the job?

The closure does not have a name you can write down, and note that every closure has a different type, so even if you could specify the type, you couldn't replace it with another closure, because it would have a different type.

What are you trying to do? Perhaps a function pointer or trait object would do the job?

If you want to store the function, you need to describe its type somehow. Here are three approaches you might be able to use:

I changed them to take slices instead of vectors. That's a minor nit, but slices are always better than immutable references to vectors.

I don't think there are other options than these.

Closures which don't capture anything will also coerce to function pointers, so by just changing the type to Cell<Strategy<fn(&Vec<&'static OtherObject>)>> it should compile.

You don't need to worry about allocations because we aren't using a Box<dyn FnMut(...)>. I also wouldn't be surprised if LLVM's constant propagation pass was smart enough to "see through" the function pointer and allow the closure to be inlined, avoiding the overhead of dynamic dispatch.

You don't need to worry about allocations because we aren't using a Box<dyn FnMut(...)>. I also wouldn't be surprised if LLVM's constant propagation pass was smart enough to "see through" the function pointer and allow the closure to be inlined, avoiding the overhead of dynamic dispatch.

Pointer to function helped, but what if I want to put in Strategy closure with capture ?

In that case I got the following error:

I want something like std:function<...> in C++ ...
It could be done by using impl in variable declaration, but it does not work ...

You have to use a box to do that. The closure can have many different sizes if you capture environment, but the thread local has a fixed size.

Pointer to function helped, but what if I want to put in Strategy closure with capture ?

Can you give me an example of such a closure?

A thread-local variable behaves like a normal static for the purposes of lifetime checking, so the when it is constructed the only things it can refer to are are other statics... Which you'd do directly by name instead of trying to carry it along as a closed over variable.

I do not what to use memory allocation for it

std::function in C++ does use dynamic allocation and dynamic dispatch in the general case, because it is type erased (i.e. it's roughly equivalent to Box<dyn Fn*>).

How I usually model a strategy is using an enum to allow for selection, and I put the actually executable code not in a closure, but a method (which may accept an enum variant as an argument, or own it in a field, depending on use case) that performs a match on the strategy enum variant, and executes the corresponding code.

Then, by deriving Clone for the strategy enum, we can make it cheap and easy to pass around the information on which strategy to invoke, without having to pass around the executable code all the time which is bound to be more difficult due to borrow checker rules.

Let's go step by step over your request.

For starters, let's look at the function signature you requested:

This leads us to the now fixed closure signature / API / interface / trait bound:

Making a type out of a trait bound

We have, up until now, decided what the trait bound / the contract of the held type should be.

Now remains the question of what should be the type of some implementor of the contract we wish to hold.

We have, for instance, a very simple implementor of closure API: good ol' function( pointer)s, with their lack of captured environment:

And now we have our first working solution!

From this point, there are three possibilities:

Other implementors of the trait bound

So, we have seen that function pointers are a concrete / nameable type, easy to construct, and which implements the given trait bounds; all thanks to its not requiring any environment.

But what happens when we need some environment / state for our closure?

In that case, we have two possibilities:

such a type, as mentioned above, may have instances of different sizes and layouts (we say the type is not Sized). Thus, using them requires (pointer) indirection:

As you may have noticed, the Box<dyn ...> requires an allocation, much like c++'s std::function (implicitly) does.

To avoid the heap-allocation, one needs a compile-time fixed type, to be able to inline the closure within the (global) memory of the program, whose layout must be known at compile-time (≠ heap memory).

The classic way to do this in Rust is to define your own struct, and ensure it meets the trait bounds by implementing the required traits.

The problem in this case, is that one cannot implement the Fn trait(s) in stable Rust!

To work around this, one must use a classic traits rather than the special Fn ones, thus having to drop the () call sugar when using an implementor of the trait:

The classic way to do this in Rust is to define your own struct, and ensure it meets the trait bounds by implementing the required traits.

But, in nightly, there is another way: that of using impl ... type-erasure anywhere. Which you seem to have attempted to use. To be able to use impl ... anywhere, one must use:

And similarly, Box<dyn Fn()> in Rust does not allocate when it is constructed from a zero-sized type, such as a fn item or a closure with zero captures. So if some or all of your closures are zero-sized, you won't pay any allocation cost for them.

@Yandros
Thank you for such precice replay ...

Do you know how to call the following code properly ?:

I got the following error:

I have figured out by myself how to do it:

Ouch, please don't do that. unsafe should not be used for hacking around lifetime errors. Lifetime errors are emitted for a very good reason, and it's overwhelmingly likely that if you do this, you will end up with unsound, buggy code that contains undefined behavior.

In this case, your local strategy parameter and the Ref you borrowed from it isn't 'static, so it's invalid to call a method on it that requires that self: &'static. What are you actually trying to do?

The term "Undefined Behavior" (UB) refers to the situation where you have violated LLVM's input constraints, giving it permission to do whatever it chooses with your code in its quest for hyper-optimization. If your use of unsafe leads to UB, you have given LLVM permission to miscompile your program. There's an old phrase for this: "Garbage in, garbage out".

(Sorry for my late response)

It seems we have an XY problem here: as @H2CO3 said, you shouldn't be having a self: &'static Self method to begin with (the only reason I think you might have ended up with it is because of some other lifetime constraint in your code). Try to modify start to take self: Self instead (with a potential where Self : 'static bound if you need it), so as to return ownership out of the ownership you take in input. If, for some reason, you need to both be : 'static (i.e., not infected by some lifetime parameter) and have pointer indirection (e.g., you are dealing with a trait object (dyn)), then Boxing the self value is the way to go:

Thanks all for support !!

I've been just rewriting from scratch the rust-gc library, just to try strength... )

Here is my implementation: 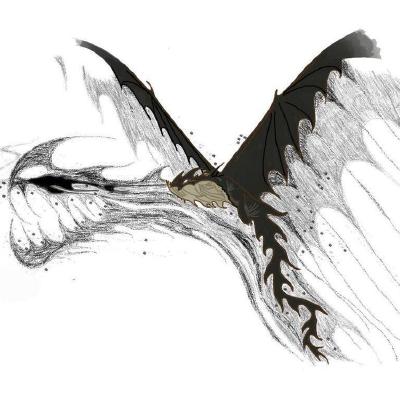 Complete reimplementation of https://github.com/Manishearth/rust-gc from scratch providing just compatable interface. One of different is thread safe GarbadgeCollector implementation as well as Thr...

But writing it in Rust is much more fun