Hot take: Rust isn't as hard as it's detractors think it is, and it isn't as easy as we want it to be. But I think we have a better chance of becoming easier to use than easier use languages becoming lower level without compromises.

I think Rust being difficult is like saying you had good parents because they let you play with knives. Rust may seem hard at first but borrowck is just looking after you.

To elaborate writing a fast and memory safe multi-threaded webserver is easy in Rust; if it compiles it works, but difficult in C since while it may be easier to get it to compile it might not work correctly.

the strains of the project have hurt a lot of people over the years and I think maybe the only path to recovery involves getting some distance from it.

Why the code compiles?

unsafe {} literally means "shut up compiler I know what I'm doing and this code doesn't have any UB". In this case you've lied to the compiler, there's no guarantee that the compiler gives you meaningful result back.

Why the code compiles? help

unsafe {} literally means "shut up compiler I know what I'm doing and this code doesn't have any UB". In this case you lied to the compiler, there's no guarantee that the compiler will gives you meaningful result back.

FP languages are often completely immutable so you'll fall into this pattern naturally. It's kinda hard to create a half-initialized thing and populate it later when you aren't allowed to mutate anything.

I think it also depends on your background or coding style. FP languages are often completely immutable so you'll fall into this pattern naturally. It's kinda hard to create a half-initialized thing and populate it later when you aren't allowed to mutate anything. On the other hand, OO languages are much happier to let you initialize an object after it has been constructed, especially because object references can be null by default and they have no qualms about mutability... You could argue t…

He devoted his talk to not trolling,

Except they accused us of having run away with the code for an entire project, which we were picking up from an existing customer. And of not delivering it to them, after we had and they had not paid us or the office rent for months.

I was inspired by the story of Compaq and others clean room reverse engineering the IBM PC BIOS so that they could make PC clones without stealing the original BIOS code. So I was looking to start over with a new language, I had only then discovered Rust and soon decided to bet the farm on it. It's been working very well.

"Case closed". Well, we have not heard back from them... yet.

Rust maybe “multi-paradigm general-purpose programming language” but it's also incredibly opinionated and tries very hard to stir you toward “great APIs” (good APIs are easy to use, great APIs are hard to abuse).

I think just maybe not "incredible opinionated" but the last words seemed nice.

I'm not sure if this belongs here or in some other place, but if novice in question is not a total novice then probably the most common mistake they do is an attempt to write JavaScript in Rust or Python in Rust or some other language in Rust. Rust is usually presented as “multi-paradigm general-purpose programming language” which somehow convinces people who know some other mainstream language that they should be able to just write code in Java or C# and then, somehow, mechanically translate …

, this is sometimes overlooked.

Do you want to know what was harder than learning lifetimes? Learning the same lessons through twenty years of making preventable mistakes.

From How can we teach people about self-referential types?

there's no magic technique that will turn every self-referential pumpkin into an elegant data-oriented carriage. 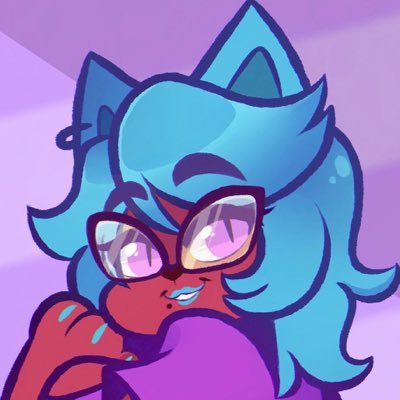 @Gankra_
I have been a professional rust dev for 6 years, was on the standard library team, have written 3 ~books on rust, and was at one point a leading expert on the language. and today I have been forced to abandon my principles and actually learn how to open and write to a file

They go on to say:

i lived in a glorious ivory tower of algorithms and datastructures, absolutely refusing to think about what the fuck was in std::fs, even while i was literally on the team that ostensibly maintained it

now my tower is in ruins, i know what an OpenOptions is, alas, i am no more

i must soothe my burns with the knowledge that i still have absolutely no idea what is in std::net

Rust really turned me on to the idea that there are actually two places to put data of indeterminate length: space (heap), and time (iterators, write-APIs)

There's a common trope among people unfamiliar with rust where they assume that if you use unsafe at all, then it's just as unsafe as C and rust provided no benefit. Comparing C's approach to safety vs Rust's is like comparing an open world assumption to a closed world assumption in formal logic systems [1]. In C, you publish your api if it's possible to use correctly (open world). In Rust, you publish a safe api if it's im possible to use in correctly (closed world). Rust's key innovation here is that it enables you to build a 'bridge' from open world (unsafe) to a closed world (safe), a seemingly impossible feat that feels like somehow pairwise reducing an uncountable infinity with a countable infinity. Rust's decision to design an analogous closed-world assumption for safe code is extremely powerful, but it seems very hard for old school C programmers to wrap their head around it.

Rust is the language where you get the hangover first.

The biggest failure in Rust‘s communication strategy has been the inability to explain to non-experts that unsafe abstractions are the point, not a sign of failure