...and another one I just found which is particularly insightful:

I think this is another story about the destructive power of the internet echo chamber, where the asymmetry of one person vs. a mob of people who are in reality probably not all that engaged with the problem but nevertheless have enough engagement to send a nastygram or two creates a distributed denial of decorum attack that no single human being should be expected to deal with "nicely". Our ancient instinctive tribal signals of whether or not you are approved by the tribe, tuned for tribes of 150 people or so, receive a message that 15,000% of the tribe thinks you are a bad person, and our natural human response to that is a lot of stress at best (our ancient instincts tell us that eviction from the tribe is a bad thing , even though in practical terms eviction from this particular tribe won't be much of a problem at all in the modern world).
-- jerf @ https://news.ycombinator.com/item?id=22075336 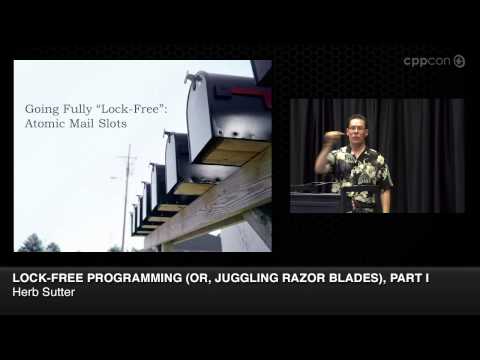 It's very versatile, and can fix a multitude of problems in a pinch. For some problems, it's even the best thing to use. But if the thing you're building is more than about 10% wrapped in duct tape, you might want to reconsider your design process!

Why do all docs say RefCell is bad?

Sometimes people find themselves using Rc<RefCell<T>> because they're trying to write code the way they would in a garbage-collected language, and the borrow checker is getting in the way. In a sense RefCell is a bludgeon you can use to make your design work, but it's often worse than starting from a better design and not needing it at all.

it's kind of insane how automatized pull requests are in Rust.

"Rust is basically Haskell's athletic younger brother. Not as intellectual, but still smart and lifts weights."

In context, I'm guessing the user intended that as a criticism. I think having criticisms as quote of the week is fine, but this one seems likely to be misinterpreted as praise.

I've started associating a shower of warnings with "success", because those only appear once all the errors have been taken care of

People argue about the color of a bike shed because even though it's a meaningless decision - it's still a decision that has to be made. The null choice is a very bad choice - if you don't paint the shed it'll rust. And there is no "default color" so you can't just say "just color it" - you have to pick a color.

Even seen someone argue about the pattern of the shed's paint? No. The pattern is not any more meaningful than the color, but unlike the color - there is a null choice. There is a default. Solid paint. And because there is a default, no one even thinks about using something else because why are you wasting company time and money on a pattern for a bike shed?

Rust is a nightmare to learn coming from Java community

The benefits of learning Rust greatly outweigh the hurdles at the beginning, and in the end will make it all worth the effort.

When chatting about using async in an internal project my colleague shared a funny quote over chat:

2021 is supposedly the year of the async Rust desktop

For context, we were fighting with getting blocking code integrated with non-blocking since we wanted to do it incrementally.

For context, we were fighting with getting blocking code integrated with non-blocking since we wanted to do it incrementally.

Whoa there, you mean there is effort underway to solve the "red function / blue function" problem?
"What Color is Your Function? – journal.stuffwithstuff.com

The consistency angle really shouldn’t be overlooked. Performance is nice, but slow and consistent can still be planned for much more easily than inconsistent.

That was the big aha moment about Rust for me when I pushed out my first project using the language. Being nervous about it I had added way too much instrumentation so that I could know how every bit of it was responding to real traffic. But as soon as I started seeing the data, I was convinced that my instrumentation code was broken. The graphs I was seeing were just so...boring. Straight lines everywhere, no variation...after 24hrs, the slowest response (not P99...literally P100) was within 75ms of the fastest response.

(Especially that "But as soon as I started seeing the data, I was convinced that my instrumentation code was broken.")

Rust developers, on the other hand, are used to taking a lot of coffee breaks (or tea, cigarettes, sobbing, or whatever as the case may be — Rust developers have the spare time to nurse their demons).

Rust's predictable performance lands another strike for the team!

Even with just basic optimization, Rust was able to outperform the hyper hand-tuned Go version. This is a huge testament to how easy it is to write efficient programs with Rust compared to the deep dive we had to do with Go.

[..] After a bit of profiling and performance optimizations, we were able to beat Go on every single performance metric . Latency, CPU, and memory were all better in the Rust version.

Discord Engineer Jesse Howarth, in the blog post
"Why Discord is switching from go to Rust" (emphasis in original)

This Discord Blog documents tangible productivity benefits, improved performance, as well as platform maturity for Rust, great things for our community to show in 2020!
Also, the more predictable behaviour allowed them to increase cache-sizes without suffering catastrophic GC-spikes, leading to a factor-5 to factor-200 improvement, depending on the metric (the graphs are a bit too low-res to get more accurate numbers).

go [or Rust] style package management tools are designed to build programs that work. Not programs that work on Debian if you have the right libs installed, or on Windows 7 or newer, or whatever, but “if you compile it on an OS, it works on that OS”.

It's a safe system programming language which just happens, unlike something like Ada, to have a critical mass of hipsters and webdevs behind it.

(You've gotta at least grin at reading that.)

That is encouraging. Back in the day C and Unix were said to be promoted and spread by "hippies" from Berkeley. Sounds like Rust in on the right track then.

Another thing we should remember when talking to other-language folks:

How would you do that in Rust (versus Java)

[Option] is null in different clothes, but the clothes that nulls wear are important.