A common sentiment, but expressed well and coming from Amazon:

Using Rust has enabled programmers of all experience levels to contribute code without requiring reviewers to carefully scrutinize every line for safety pitfalls. We trust the compiler, and we can focus our code reviews on functionality, not language corner cases.

rustlang shepherds you into becoming a catgirl

In 1769, Euler made his "sum of powers" conjecture. In 1966, L. J. Lander and T. R. Parkin disproved the conjecture with a counterexample they found using a CDC 6600 mainframe computer. Their paper famously contained just two sentences.

Try it yourself at COUNTEREXAMPLE TO EULER'S CONJECTURE ON SUMS OF LIKE POWERS. The page uses Rust and WASM.

Also, I feel that if you are willing to spend time on a standard, better encode all you learn into the types you use. You will inevitably forget most details, and it is only a question of time that you break something because of that.

And actually, what about nominating TWiR for TWiR QotW?

Rust is the ideal language to use if you want your code to be able to be compiled by the Rust compiler.

r/ProgrammerHumor - I haven't understood what rust is for 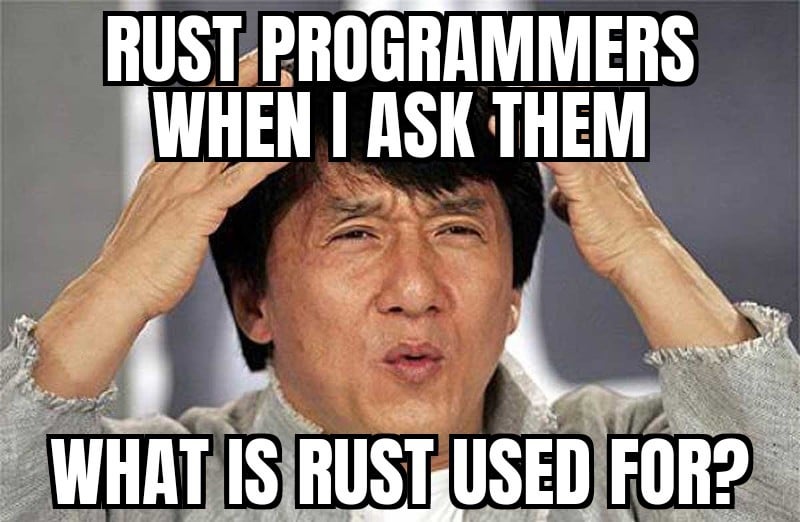 The goal of Rust is to have the power of C++ without the scary.

Wow, seems they are.

A year or so ago I heard Ada was going to adopt some form of borrow checker inspired by what Rust achieves. I wonder how that to along.

@davidtolnay
Extremely many commas in my crates​.io dashboard this morning

Congratulations @dtolnay on being the first member of the "three comma club"!

I'm assuming this is the case. I haven't checked.

As the temporary human substitute for the temporarily unavailable automated representative of the governance process, I would like to thank the author for their work and everyone else who contributed.