Both are correct in their own way. The craziness is UB. 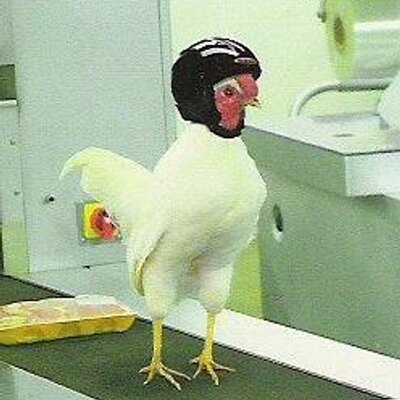 @durumcrustulum
A huge 🧡 of Rust is "you're holding it wrong" is considered a language bug. https://t.co/BIePpnAsOC

This whole (not a ) highlights why C++ has made so little progress on language-level security. You have the most popular implementation of the biggest platform in history, but influential C++ voices dismiss its security needs with a version of "you're holding it wrong." https://twitter.com/Cor3ntin/status/1435564915448819721 …

of Rust is "you're holding it wrong" is considered a language bug.

Hot take: Rust isn't as hard as it's detractors think it is, and it isn't as easy as we want it to be. But I think we have a better chance of becoming easier to use than easier use languages becoming lower level without compromises.

I think Rust being difficult is like saying you had good parents because they let you play with knives. Rust may seem hard at first but borrowck is just looking after you.

To elaborate writing a fast and memory safe multi-threaded webserver is easy in Rust; if it compiles it works, but difficult in C since while it may be easier to get it to compile it might not work correctly.

the strains of the project have hurt a lot of people over the years and I think maybe the only path to recovery involves getting some distance from it.

Why the code compiles?

unsafe {} literally means "shut up compiler I know what I'm doing and this code doesn't have any UB". In this case you've lied to the compiler, there's no guarantee that the compiler gives you meaningful result back.

Why the code compiles? help

unsafe {} literally means "shut up compiler I know what I'm doing and this code doesn't have any UB". In this case you lied to the compiler, there's no guarantee that the compiler will gives you meaningful result back.

FP languages are often completely immutable so you'll fall into this pattern naturally. It's kinda hard to create a half-initialized thing and populate it later when you aren't allowed to mutate anything.

I think it also depends on your background or coding style. FP languages are often completely immutable so you'll fall into this pattern naturally. It's kinda hard to create a half-initialized thing and populate it later when you aren't allowed to mutate anything. On the other hand, OO languages are much happier to let you initialize an object after it has been constructed, especially because object references can be null by default and they have no qualms about mutability... You could argue t…

He devoted his talk to not trolling,