Trying to debug Rust on VSCode, unnamed symbols and no variables

I'm trying to debug with LLDB on VSCode. I added a breakpoint into my library, it stops on the breakpoint but I get a call stack with unnamed symbols and I can't see any variables: 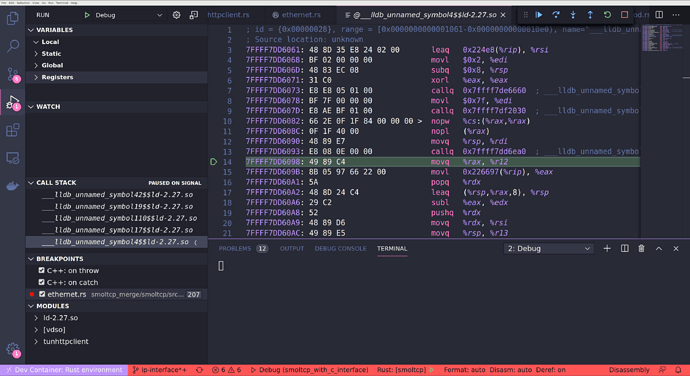 This is an example from the library, which I built with cargo build --example my_example_name. I researched and to build in release mode, --release should be added. So I think I built in debug mode.

I'd guess the library is being built somehow in release mode. How can I check this?

Is it possible that cargo build --example my_example build the example in debug mode but the library in release mode?