I'm suggeling because cargo/rustc say I've not implemented my trait on my struct.
I don't understand this, because I think I made this.
Perhaps it's because it is implemented in a "sister" external crate in my cargo workspace ?

Here is all the workspace code demo in order to reproduce this error : 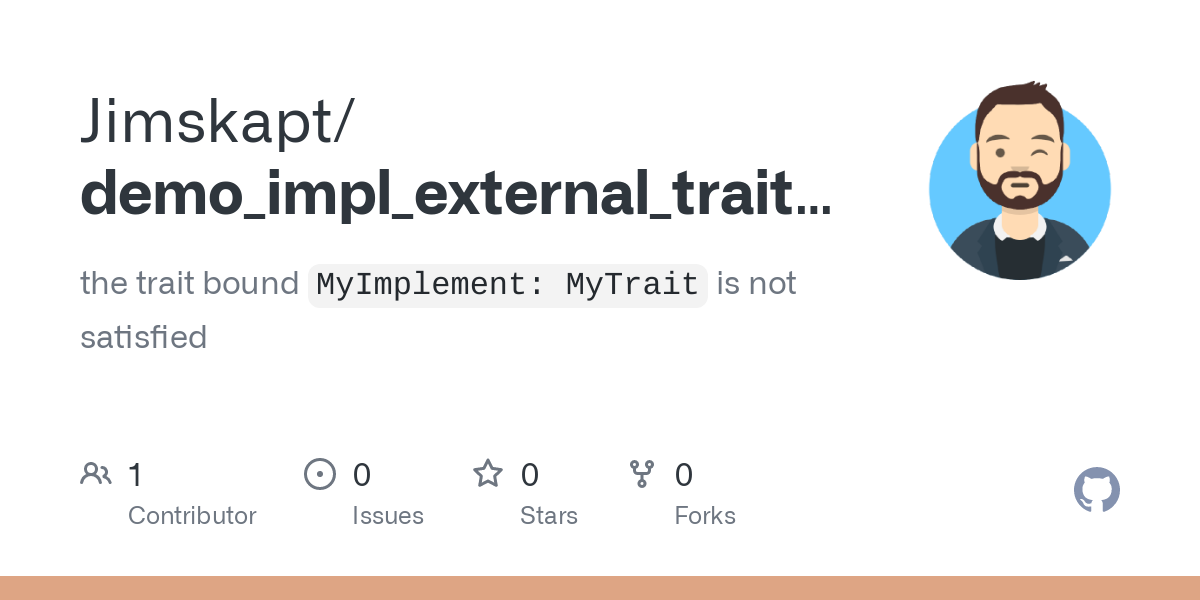 And there is the error :

When you compile the test inside demo_lib, you have the following system of crates:

I guess you right and you point out an illogical issue in my code architecture.

The short version of this illogical case (but this is still not quite it) is I'm trying to test my impl right next to my trait definition (in crate demo_lib), instead testing it inside the same crate (demo_implement).

This is not quit it because I expected to define general tests on the trait behaviour (for all possible impl), but looks like standard Cargo tooling does not allow this.

I've worked around this problem in order to continue.