Was writing code, when suddenly *a wild newtype appeared*. That spawned this idea for a thread to collect Rust jokes / humour. Here we go: 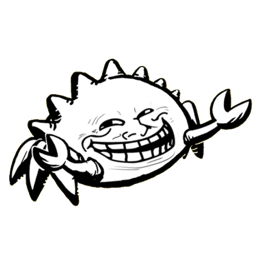 and i guess the "quote of the week" thread has a nice collection as well:

I’d like to start adding a ‘quote of the week’ to TWiR. So far though I’ve been terrible about taking note of good quotes from the Rust world. And also there is much more going on than I can follow personally. So this thread is to beg for people who see insightful or funny things said about or in relation to Rust to post them here. Please provide links - if it wasn’t recorded it didn’t happen! Leads on good quotes will be rewarded with appropriate kudos.

Wooow. That is golden. There are some serious poetic vibes in this community, I love it

Don't forget the pull request that removed Hoedown (Markdown parser, written in C) from rust-doc, after a two year battle with regressions:

Is it really time? Have our months, no, years of suffering come to an end?
Are we finally able to cast off the pall of Hoedown?
The weight which has dragged us down for so long?

The preparations are complete. It is time...

Begone, demon of the foul C!
Your presence is no longer wanted here!
With this strike, I commit you to the depths of history, never to torment our fair land again!

(Emphasis mine, but what a devilish sense of humour our bot has