I'm happy to announce the first release of a new crate deluxe containing some derive macros for proc macro attributes. 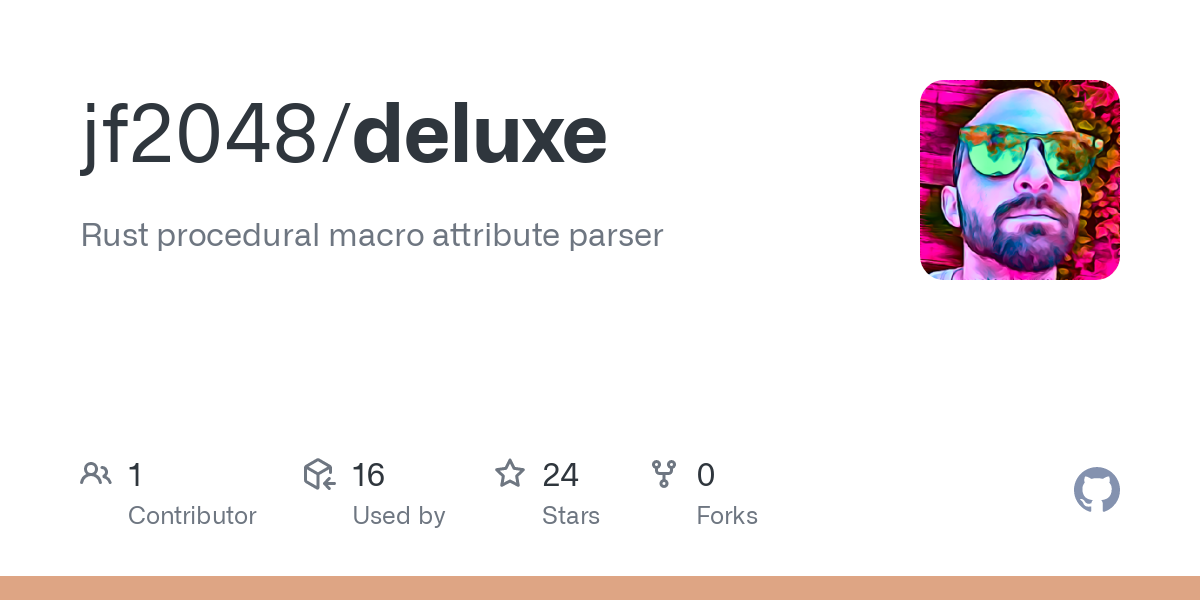 I wrote it after some difficulty trying to get a standardized way of validation working in some proc macros. The readme contains some examples and a link to the docs. It presents an alternative to the darling crate using a different design. Since this is the first public release, any feedback on the API design would be appreciated. Features include:

I already liked darling but this seems even better. Thanks for sharing!