Noob question here. I'm installing Rainicorn for Eclipse & RustDT and I get the following error :

I can't seem to find anything via Google. Anybody seen this or know how to correct this? 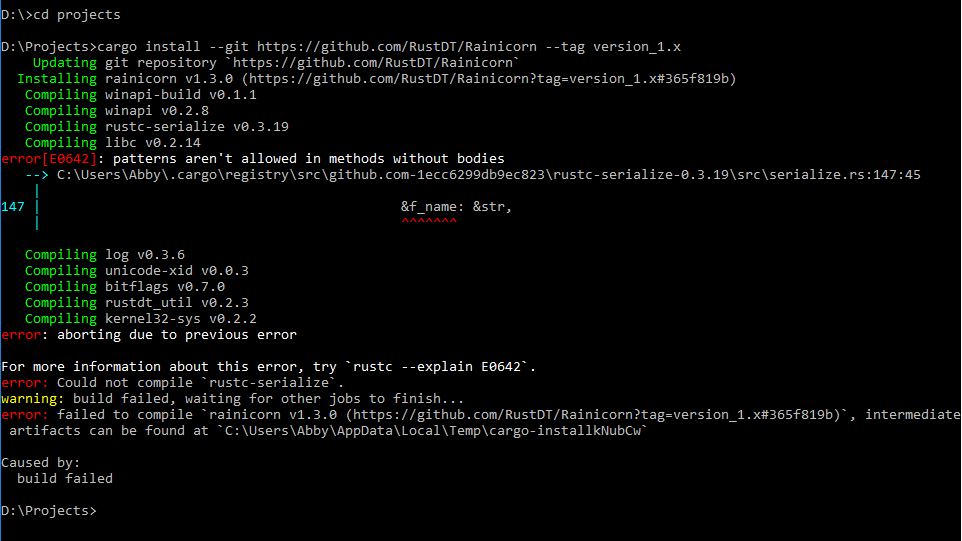 It looks like RustDT has dependencies out of date: RustDT / rainicorn - Deps.rs and the rainicorn project is not maintained any more.

It is using rustc-serialize crate in an old version that doesn't work any more. The whole crate is deprecated, and the current version is 0.3.24.

That old version has a bug that was accidentally allowed by the compiler a couple of years ago. In traits functions are supposed to declare arguments as name: type or just type, but pattern: type used to work by chance, since trait declarations didn't have a body, so the pattern was never executed.

Also RustDT itself is no longer maintained, and thus probably shouldn't be your first choice of IDE to use: https://github.com/RustDT/RustDT

You probably want to look at intellij-rust or VSCode.