Is there any project similar in Rust as create react app?

I don't know what are your expectations, but Cargo is probably what you are looking for:

Yew is a modern Rust framework for creating multi-threaded

but client-side code of web apps isn't Rust's strong point. On client side you may be better off using an existing JS framework for the UI, and call computation-heavy functions in Rust compiled to WASM.

For server-side Rust and other options see:

Are we web yet? Yes, and it's freaking fast!

Rust doesn't really create web apps. You can use Rust in a web app using rust-wasm, but that's putting Rust inside JavaScript, by itself it can't talk to the DOM (yet ...). Without that, the overhead is too high for there to be much point trying to drive the UI from Rust, at least the normal way such things work (but Yew looks neat!)

Generally, just write your UI in JavaScript like usual, and if you want, put the backend logic in Rust with WASM: see Writing Redux Reducers in Rust | Fiberplane

(Also please don't use CRA anymore, it's completely outdated and broken at this point. Use Vite, NX, anything else, really)

You probably want to have a look at create-rust-app: 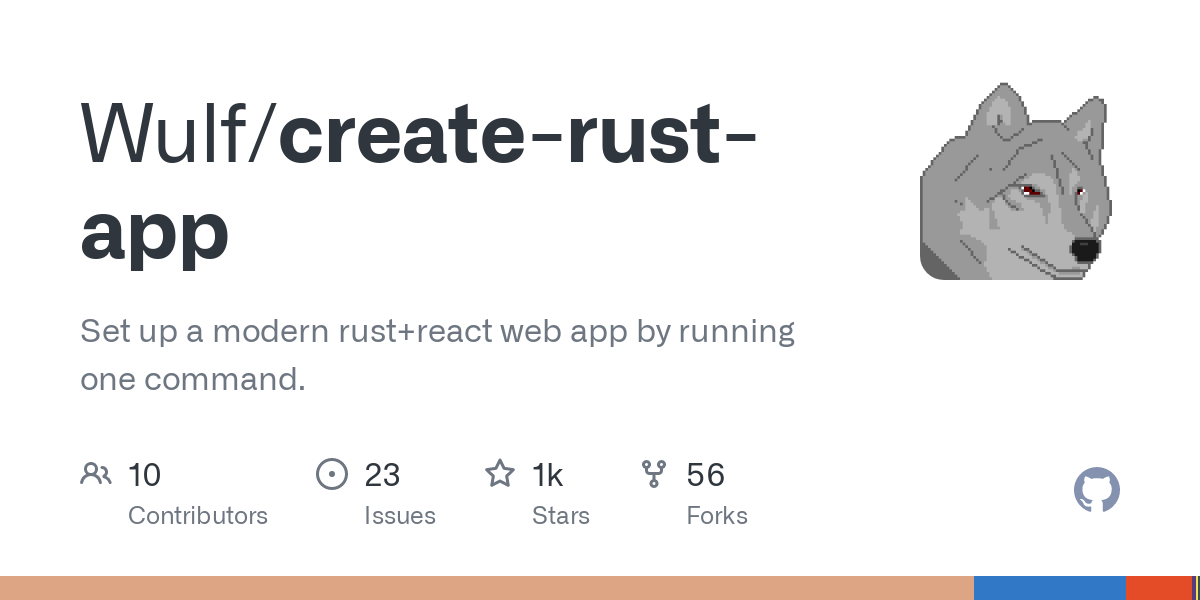 It's very similar to create-react-app as it's a scaffolding cli tool that sets up the following (according to their README):

You also have the ability to add plugins like JWT auth and much more.