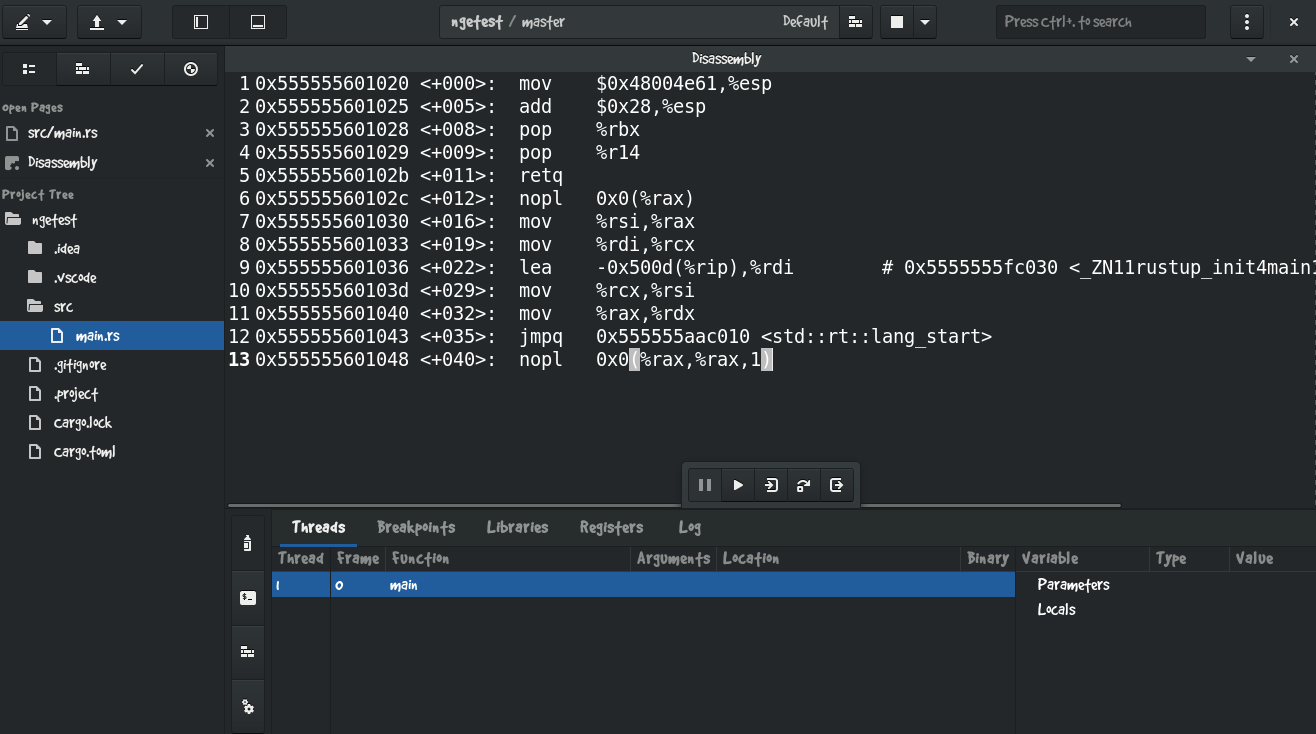 It's awesome how well it works in Fedora 27 with the RLS preview.

There are some annoying snags, though: the autocompletion pops up too eagerly in some contexts, e.g. at the end of a completed statement it brings up what appears to be the list of semi-random available crate namespaces, with the current crate name on top. If you were just about to hit enter, your line will be appended with the crate name. Has anyone took time to troubleshoot this?

The build action seems to have a stubborn memory that its latest build has succeeded, so it will silently refuse building, even though changes have been made since then. It takes going to the project pop-up and hitting 'Rebuild' to get things going again.

haha right, the Autocomplete would pop-up even after semicolon