Hi everyone. I've got a bit of an arcane question.

I'm currently trying to wrap a c library which takes a callback in the API. This is done in the usual way:

To make users of my library able to pass closures to this function, I generally need to create a trampoline function like so:

This works, but means that for each call of the callback I have two dynamic function calls. Since the library I'm wrapping is pretty performance sensitive, I would like to somehow eliminate one of those calls.

This, of course, only works if I don't have any dynamic dispatch on the rust side. What I would love here is the option to "export" a generic function. What I mean by that: Have a generic function, and automatically export every monomorphisation of that function to C.
Then I could create a function like this:

And export a version of this function for every F in the whole program.

Sadly, as far as I can tell, this is impossible. What I would ask is if anyone has any other workarounds that would eliminate the dynamic dispatch but still result in a good user experience for the library.

Actually, you can totally use generics for this:

Note that I put the callback into a Box so it isn't destroyed. You can use Box::from_raw(ptr) to destroy it later.

I wrote an article about exactly this a while back:

Every now and then when using native libraries from Rust you’ll be asked to pass a callback across the FFI boundary. The reasons are varied, but often this might be done to notify the caller when “interesting” things happen, for injecting logic (see...

Imagine we have the following C function we'd like to call:

We then write a generic trampoline function (note that it isn't pub):

And a function which, given some closure, will instantiate trampoline() for that closure

Then at the top level, you would invoke the C function like this: 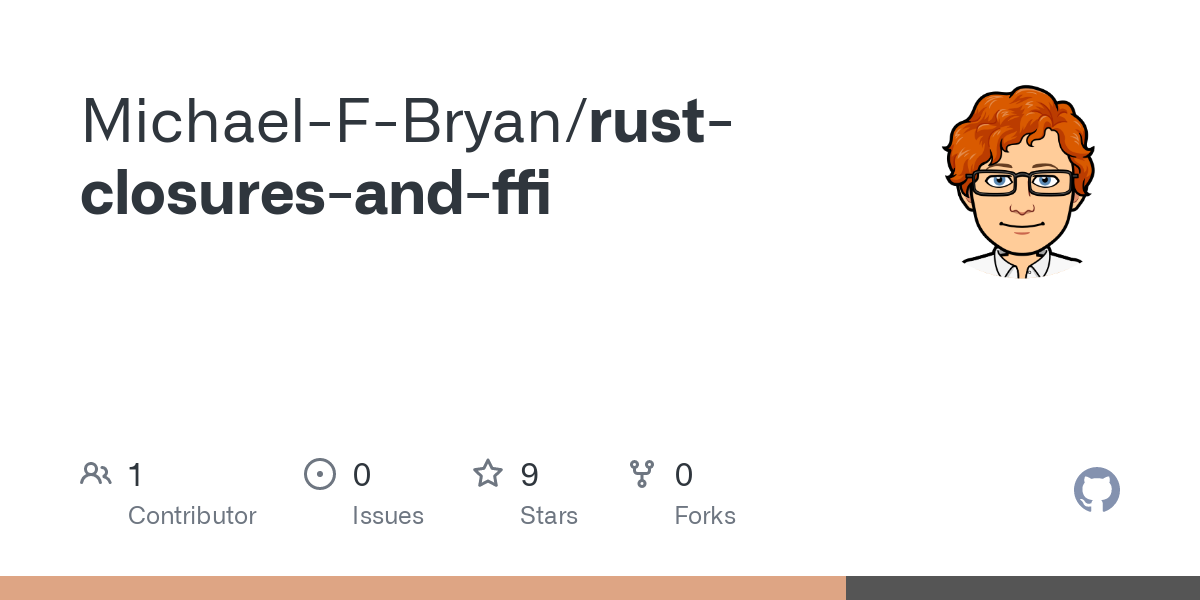 Contribute to Michael-F-Bryan/rust-closures-and-ffi development by creating an account on GitHub.

Thanks for the quick responses, I totally missed that this is actually just possible

In the meantime I built a solution using exported functions within an impl block, but I guess I can simplify that now.

(note: redrafted, because I accidentally responded to a specific comment, oops

Yeah, it's possible for concrete functions but can't be generalised because Rust doesn't have a way to be generic over functions with an arbitrary number of arguments ("variadic generics").