Does This Crate Look Sound?

I was thinking of using this crate, but I was curious if anybody who is more accustomed to reviewing unsafe code could comment on their opinion as to it's soundness: 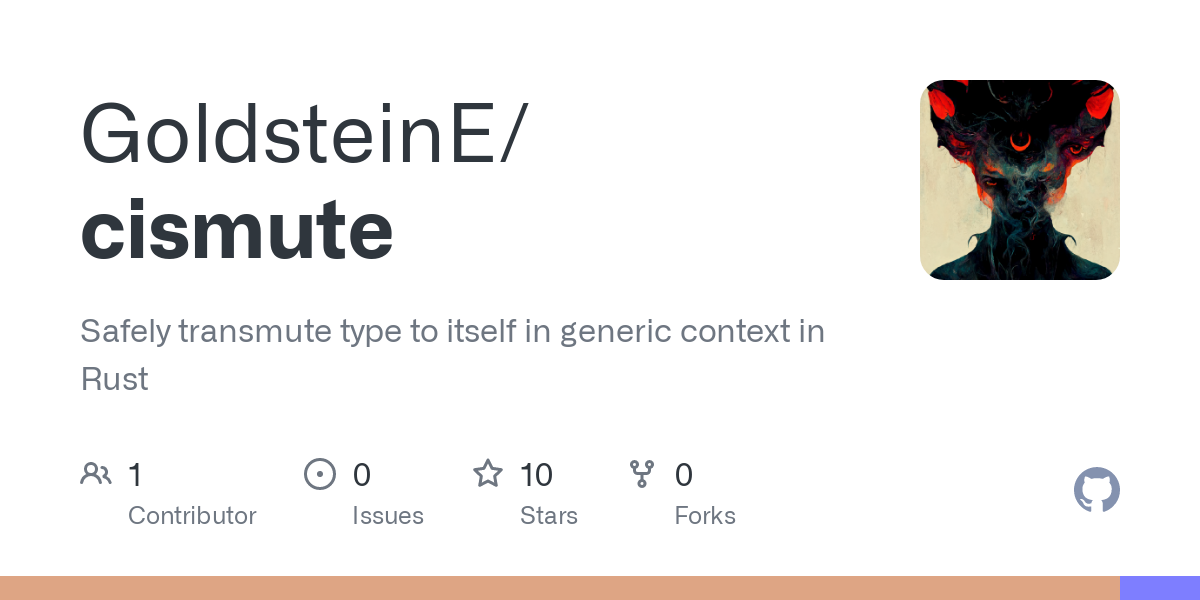 GitHub - GoldsteinE/cismute: Safely transmute type to itself in generic...

It looks really simple, so it probably isn't way to difficult to review.

Looks pretty sound to me so far.

However, there is a minor caveat: there are known types for which TypeIdEq holds but Eq does not (#10389). This is considered a bug in the standard library, which relies on TypeIdEq ⇒ Eq in Box::downcast() and other functions, and it will most likely be mitigated or fixed in a later version. Thus, since the crate is sound iff TypeIdEq ⇒ Eq, I claim that it's no less sound than TypeId comparison in general.

Does This Crate Look Sound?

In general, my first step towards answering this question for an arbitrary crate on GitHub is to look at its issue tickets and pull requests, including closed ones, maybe searching for "unsafe", "unsound", "soundness", "undefined behavior", and so on.