Hi, I'm going to have to learn c# for a project soon, but I still want to use some Rust code in the project via a shared library (.dll / .so). Some of these function calls will have to be async, and I was wondering if the following crate would allow async calls from c#: 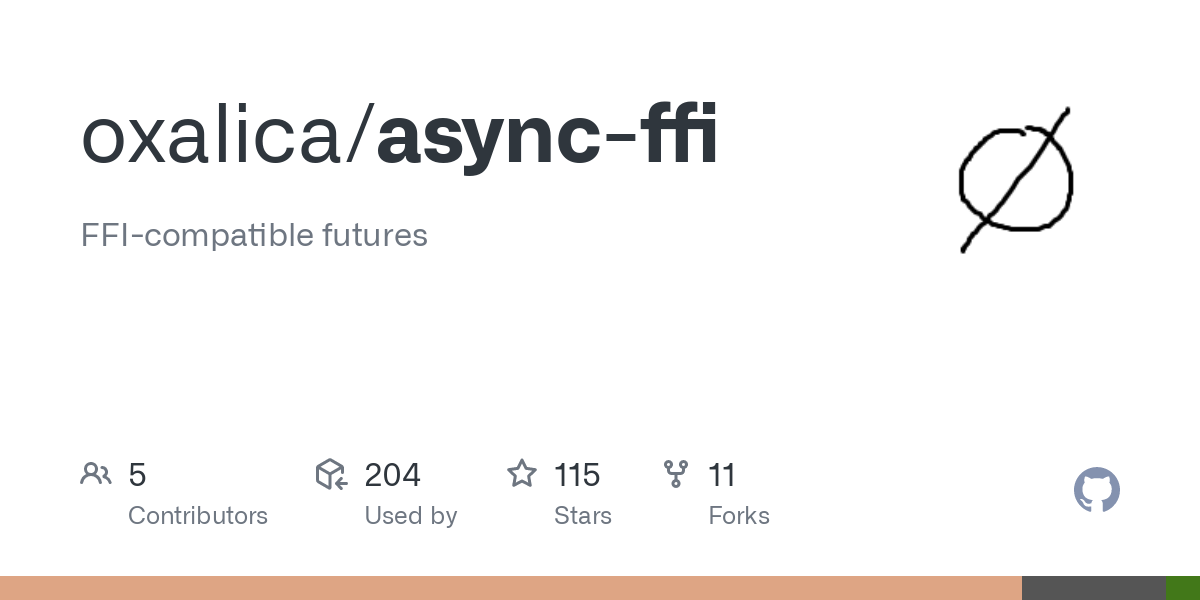 FFI-compatible futures. Contribute to oxalica/async-ffi development by creating an account on GitHub.

I don't know a lot about c# yet, but it would be nice to know ahead of time if this crate would work and if not, is there a different solution to my problem?

This crate doesn't seem to be meant for cross-language usage. It allow to send async function across ffi boundaries but it should only be usable from Rust. The intent is to allow to share an async rust library as an .so and avoid having to share source code as well without the concern to use exact same version of Rust for the client as the one used to build the library.

So this crate seem to be more oriented to provide async functions to external clients using Rust for which you don't want to share your code with. It won't help you much here.

is there a different solution to my problem?

Async needs some runtime to work (you will have to register for events, and you'll block a thread for polling new events, and much more...) and these are generally not portable. I don't think you'll find easy way to send a Rust Future and make it run by C# async runtime.

The solution in my opinion is :

Hope I'm clear and this would help