Complexity of an expression

Complexity of a function

See the README for more information: 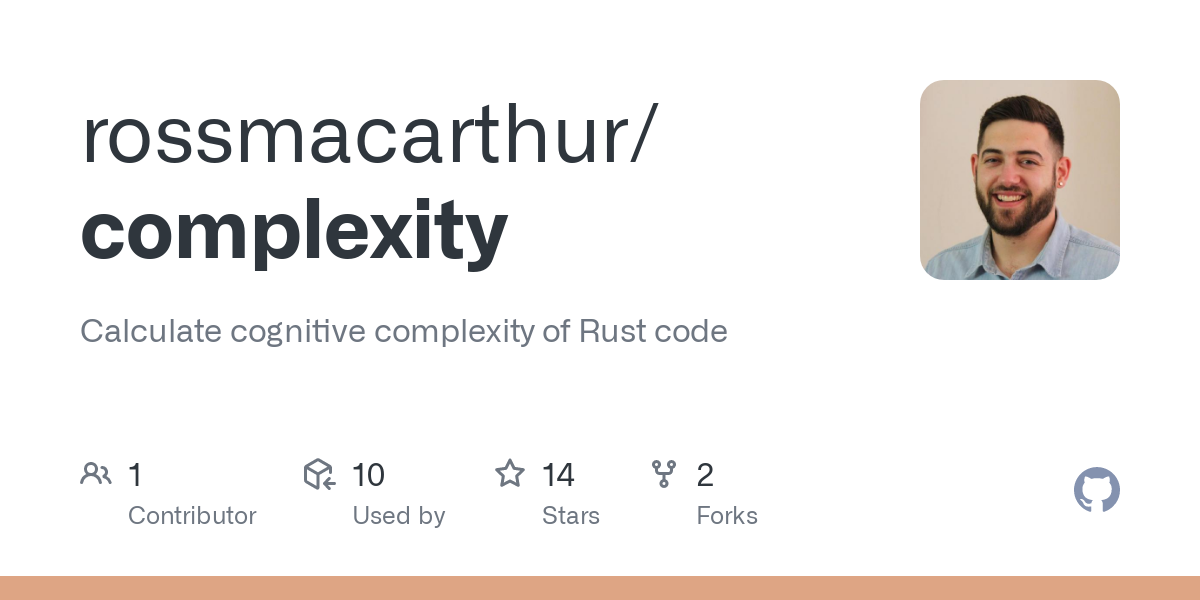 Calculate cognitive complexity of Rust code. Contribute to rossmacarthur/complexity development by creating an account on GitHub.

Is this related to this clippy lint or this open issue?

I have seen the clippy lint and the open issue, as well as this comment which talks about why cognitive complexity is really hard to implement generally for all cases (he says a lot more also).

I created this crate for multiple reasons:

In Rust more than any other language I've found making too code generic can have a big impact on cognitive complexity. For example, have a look at the gfx::Resource trait or the std::ops::Add impl for adding two ndarrays. If I wanted to add two different ndarray::Arrays and hit a compile error, it'd be hard to figure out what the problem is due to the the many levels of generics that are going on.

I would add 10 points (or whatever the scoring is) for every use of lifetime ticks.

Add 20 points for any use of async.

Macros go off the scale!